In what may seem another strange discovery, the highly intelligent octopus can seemingly dream. While filming for a documentary, a marine biologist caught incredible footage of an octopus in a deep sleep. The rare footage documents the changes in color as she rests upside down in her aquarium.

Marine biologist Dr David Scheel narrates the documentary clip that shows the octopus’ cloaking abilities activate even when sleeping. Scheel notes the dream the octopus may be experiencing is extraordinary to cause this color change.

“If she is dreaming, this is a dramatic moment.

So here she’s asleep, she sees a crab and her color starts to change a little bit … Then she turns all dark.

Octopuses will do that when they leave the bottom [of the ocean].”

In the clip, the octopus’ colour changes from a ghostly pale white to tan before turning spotty to eventually change into a speckled pattern.

“This is a camouflage … like she’s just subdued a crab and now she’s going to sit there and eat it and she doesn’t want anyone to notice her,” Scheel continued, describing the rapid colour change as something “very unusual.”

“To see the color come and go on her mantle like that, just to be able to see all the different color patterns flashing one after the other, you don’t normally see that when an animal’s sleeping.

This really is fascinating.”

Although Dr Scheel describes the colour changes as “never seen recorded before,” similar footage from 2017 documented an octopus transitioning colours while it slept.

In 2012, scientists discovered that an octopus was capable of “observational learning,” a finding that can in part help to explain the dreaming ability. The study suggested that the octopus can retain memories after a study showed an octopus choosing a red ball over a white one by watching other octopi.

The octopus belongs to the cephalopods, a family of mollusks that include squid and cuttlefish. Often considered the most intelligent of all invertebrate animals, the octopus is also known for its chameleon-like qualities, an evolutionary product of natural selection. Through different cells acting together, a camouflaging effect takes place. 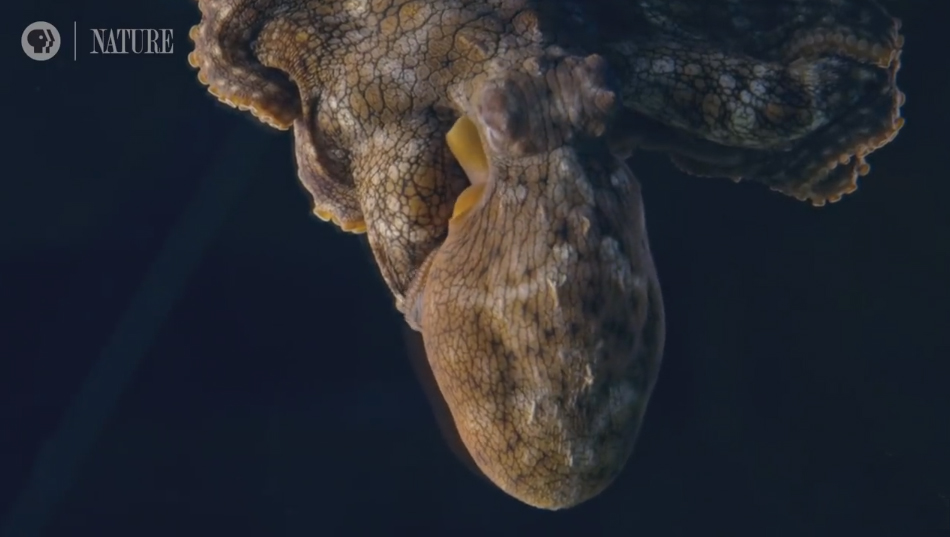 Scientists made a similar discovery when cuttlefish appeared to experience rapid eye movement (REM) sleep similar to the REM humans experience while sleeping. According to the 2012 study, this could indicate the cuttlefish’s ability to also dream. As cuttlefish belong to the same cephalopod family, it is possible that the dream state is unique to these particular marine creatures.

So far, aside from these two discoveries, REM patterns have only ever been observed in vertebrates.