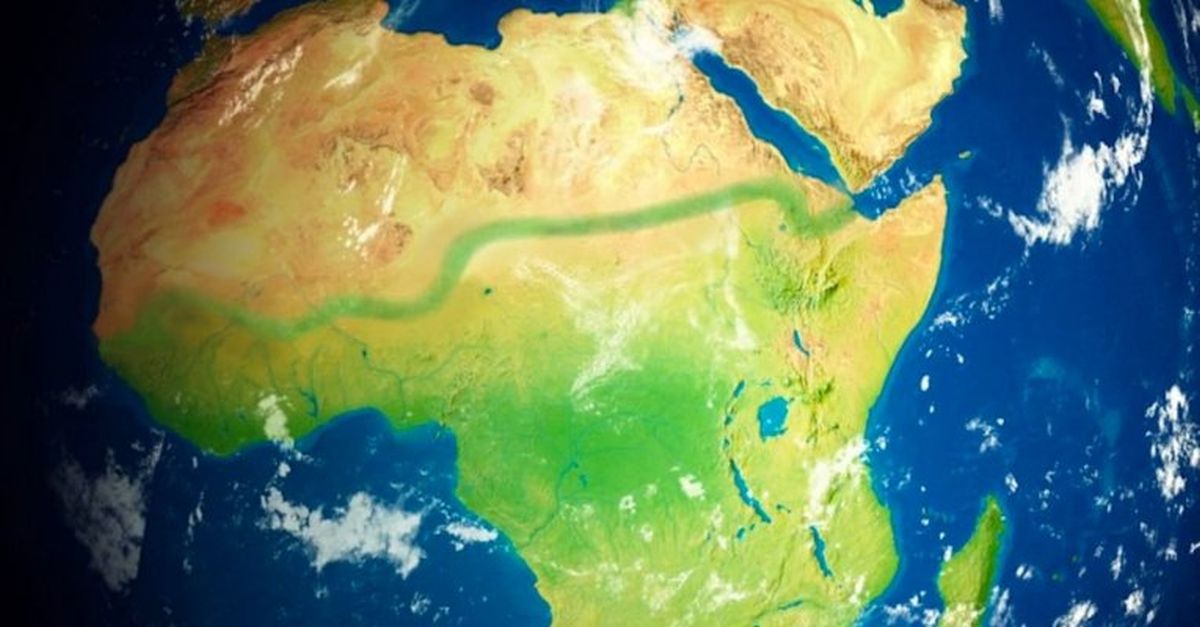 (The Mind Unleashed) For far too long, countries across Africa have borne the brunt of rampant desertification, drought and environmental degradation. However, a massive tree-planting project known as The Great Green Wall of Africa has combined the efforts of over 20 African nations in hopes to reverse the ongoing damage.

With the assistance of international partners and over a decade of work, the Great Green Wall is now bearing fruit.

The wall stretches across about 6,000 miles of the continent along the southern edge of the Sahara desert, or Sahel region. Since the 1970s, the lush vegetation and greenery that blanketed the region has faded away and rapidly degraded into a crusty, barren desert thanks to poor land use policies, bad development, and population growth.

Monique Barbut, who until recently was the executive secretary of the United Nations Convention to Combat Desertification, noted:

“The Sahel region is one of the most arid and most vulnerable places on earth. Food, water and economic opportunity are often scarce. The local population is growing rapidly and to survive people already face difficult choices every day. If climate change and land degradation continue at the current rate, vulnerable communities could be forced to make some disastrous choices.”

With these problems in mind, African leaders started implementing plans for the Great Green Wall in 2007. Since then, the initiative has seen billions of dollars poured into the project in hopes of building a “natural wonder of the world across the entire width of Africa,” capable of improving local populations’ living conditions, salvaging endangered rural economies and agricultural plots, and increasing the income and food security of generations to come.

“More than anywhere else on Earth, the Sahel is on the frontline of climate change and millions of locals are already facing its devastating impact. Persistent droughts, lack of food, conflicts over dwindling natural resources, and mass migration to Europe are just some of the many consequences.

… Since the birth of the initiative in 2007, life has started coming back to the land, bringing improved food security, jobs and stability to people’s lives.”

And while the “world wonder” is only about 15 percent complete, participating nations have already noted a marked improvement to ecological conditions in the region.

Food security is slowly returning for the millions of hungry and impoverished Africans in the region, while wells are refilling and bringing sustenance to some of the world’s most poverty-stricken communities. In addition to the immediate results, the region is becoming future-proofed against the ravages of climate change, which threaten to render the region uninhabitable at a far more rapid pace than anywhere else on the planet.

Additionally, the Great Green Wall has served as not only a wall of hope for the peoples of the region, but as a bridge toward regional integration and pan-African unity among communities that have engaged in bloody conflicts over dwindling land resources.

Green jobs, sustainable consumption patterns, boosted economic opportunities and broader progress toward social development are among the goals of the initiative, and will serve to allow locals to remain at home–rather than be forced out by the desperation that drives migration from impoverished regions in Africa.

Once the project is completed with the assistance of international organizations and conservationists across the globe, the Great Green Wall will be a truly massive wonder of the world–triple the size of the Great Barrier Reef.

Stressing the need for international support for the Great Green Wall, Barbut added:

“This bold initiative is bringing back natural resources certainly but it is doing much more than that. It is bringing back food and water security. It is creating jobs and new economic opportunities, especially for women and young people in rural areas. It is helping fight climate change. It is letting people not just survive but thrive.”