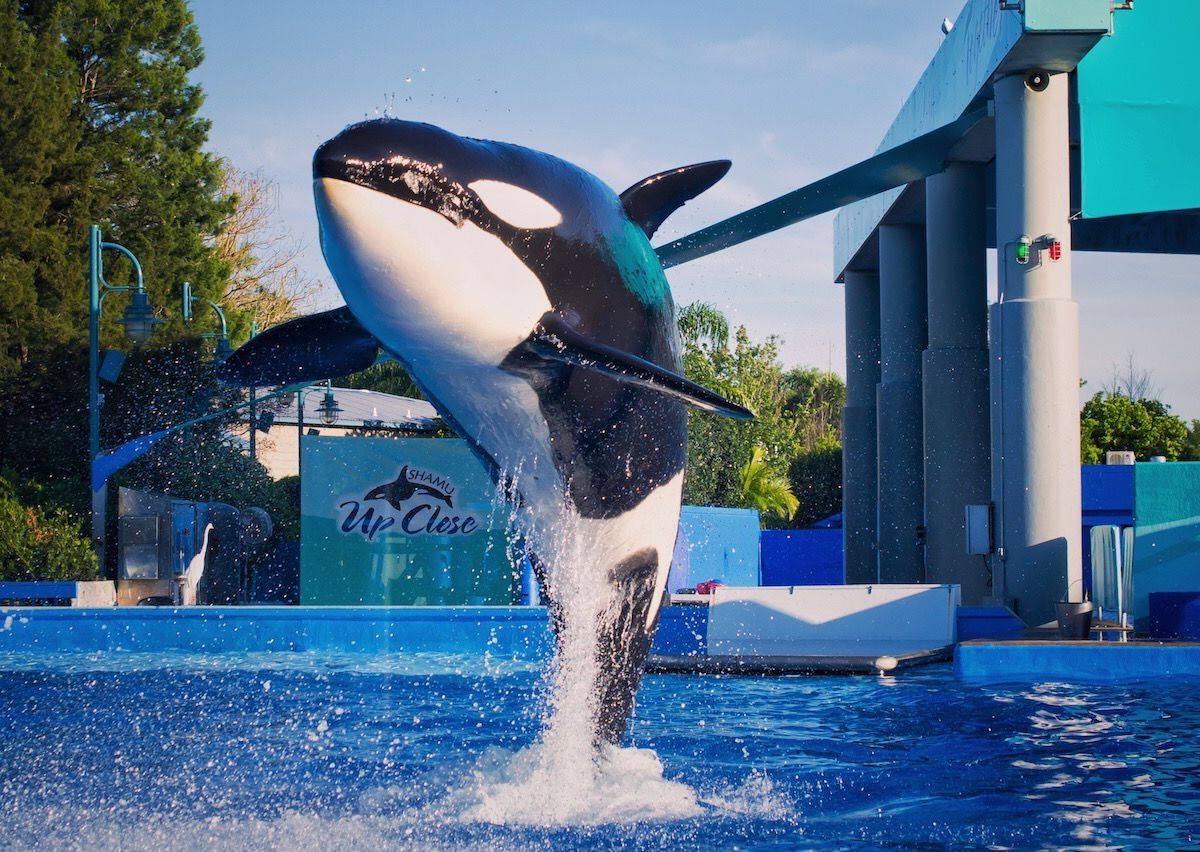 In an unprecedented move widely hailed by animal rights activists, Canada’s House of Commons has voted to ban holding the aquatic mammals — such as whales and dolphins — in captivity or for breeding in entertainment marine parks.

Bill S-203, namely the Ending the Captivity of Whales and Dolphins Act, also bans marine animals’ captive breeding, imports, exports, live captures and restricts the possession of reproductive matter. Under the new law, violations will be punishable with fines up to 200,000 Canadian dollars (about 150,000 US dollars).

“Today is a really good day for animals in Canada,” Elizabeth May, the Green Party leader, said after the bill’s passage. “Canadians have been clear, they want the cruel practice of keeping whales and dolphins in captivity to end,” she said in a separate statement.

#Breaking: When we work together, good things happen.

This is a combined effort from @ElizabethMay, Senators Moore and Sinclaire, key Liberal and NDP MPs, NGOs, marine scientists and everyday people across Canada.#FreeWilly pic.twitter.com/RRPB91tT9y

Nothing fantastic ever happens in a hurry. But today we celebrate that we have ended the captivity and breeding of whales and dolphins. This is news to splash a fin at. #bills203 #emptythetanks #cdnpoli Thank you everyone. pic.twitter.com/7j49YkEmpy

The ban, though, have a few exceptions — aquatic mammals that are already being held will be allowed to be kept in captivity, including those who were rescued; they can be held for rehabilitation from injury or for scientific research; and aquariums, parks and zoos will be allowed to keep their captive performing cetaceans, though they can no longer confine new ones.

Former senator Wilfred Moore, who first introduced the legislation in 2015, hailed the passage of the law in a statement: “We have a moral obligation to phase out the capture and retention of animals for profit and entertainment. Canadians are calling upon us to do better – and we have listened.”

Dr. Lori Marino, president of the Whale Sanctuary Project who testified at Senate hearings in 2017, called it a “major victory for cetaceans”. “They are among the most cognitively complex of all animals. Confining them to life in a concrete tank is truly unbearable for them,” Marino said.

Rebecca Aldworth, executive director of Humane Society International (HSI)/Canada, called the passage of Bill S-203 “a watershed moment in the protection of marine animals and a victory for all Canadians”:

“Whales and dolphins don’t belong in tanks, and the inherent suffering these highly social and intelligent animals endure in intensive confinement can no longer be tolerated. We congratulate the sponsors of this bill and the Canadian government for showing strong leadership in responding to public will and sound science on this critical issue.”

“I’ve released a number of captive dolphins back into the wild…” – @RichardOBarry
? More on dolphins we’ve helped readapt and release: https://t.co/qtMKcDoM9a#DolphinProject #EmptyTheTanks pic.twitter.com/t6bcTSVpFh

#Captivity causes a lifetime of suffering and premature deaths for #orcas confined in tanks. Canadian Parliament just compassionately BANNED whale captivity, and we hope the rest of the world follows suit ??#EmptyTheTanks #Blackfishhttps://t.co/TY2raSSlWK

Currently, only two facilities in the country house cetaceans – the Vancouver Aquarium, and Marineland in Niagara Falls. Now, these facilities will no longer be able to breed or import any new cetaceans into their facilities.

Marineland holds about 61 cetaceans in captivity, including 55 beluga whales, five bottlenose dolphins and one orca. The company says the Bill does not impair Marineland’s operations as it provides “world-class care to all of its animals.” Only one dolphin is being held at the Vancouver Aquarium, which has promised to no longer hold cetaceans for entertainment purposes. Stuart Mackinnon, chair of the Vancouver Board of Parks and Recreation, said in a statement:

“The public told us they believed the continuing importation and display of these intelligent and sociable mammals was unethical and incompatible with evolving public opinion and we amended our bylaws accordingly.”

Nearly 60 orcas (killer whales) are in captivity at parks and aquariums worldwide. “A third of the world’s captive orcas are in the United States, and all but one of those live at SeaWorld’s three parks in Orlando, San Diego, and San Antonio,” National Geographic reports.

Although, US-based SeaWorld Parks & Entertainment announced an end to breeding captive orcas and pledged to shift its focus to marine mammal rescue operations instead in 2016, some 20 orcas and many other cetaceans continue to live and perform at its facilities, including dolphin shows.

During shows, dolphins may seem lively and “happy,” but what’s their life like day and night between shows?
It’s not pretty.

Russia has begun the process of returning to the ocean the 10 orcas and 87 beluga whales who were captured illegally last year for sale to marine entertainment parks, mostly in China. A good day for the whales. #whalejail #EmptyTheTanks https://t.co/i2iLow2pm3