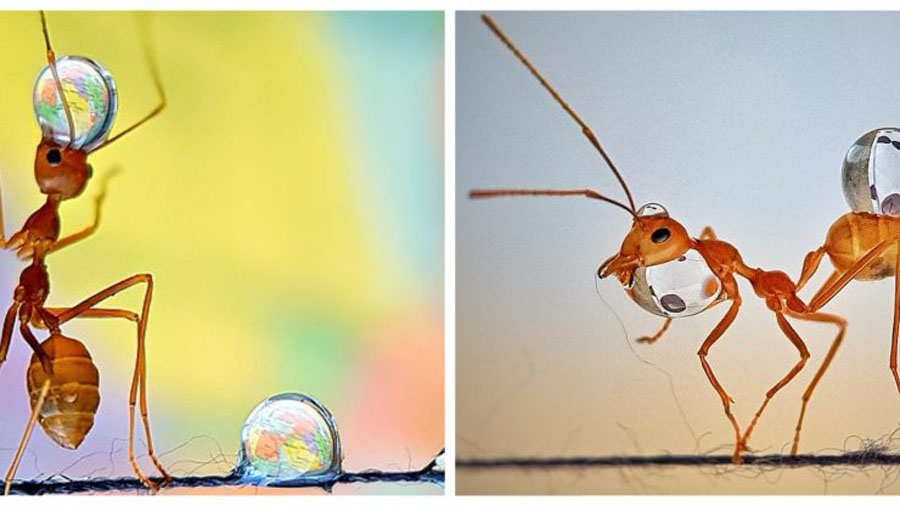 Ants: those tiny, hardworking insects we mostly don’t notice, except perhaps when they’re taking over our homes. But there’s so much more to these industrious creatures, as proven by stunning close up photographs taken by Analiza Daran De Guzman in the Philippines.

Using her Samsung Galaxy Note 8, Analiza spent hours taking pictures of ants walking along a piece of string in her garden, carrying drops of water. In spite of not having her usual camera available, one of Analiza’s ant photographs was chosen as a winner in a competition run by photo app ‘Agora’.

The ants seem to be walking a tightrope, carrying spheres of different sizes for balance, but they are in fact carrying water droplets to the nest. With her professional camera needing repair, and she not wanting to miss the opportunity of capturing images of the hardworking ants, decided to use what she did have on hand, her phone and a clip-on macro lens.

’Insects move fast, ants particularly. It is tricky to take pictures with a mere mobile,’’ she said and added: ‘’However, ants stop moving fast when they start to drink water… so I gave them water.’’

An estimated total of 22,000 species of ants exist worldwide, of which 12,500 have been classified.

Here are the photos taken by Analiza:

An ant carries a drop of water along a piece of string.

A globe placed in the background is refracted through the droplets, took four hours to take and won a competition run by photo app Agora.

A black-and-white checkered pattern refracted through the droplets across the piece of string.

The simple equipment used to take these amazing photographs. 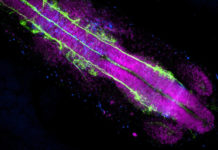 Scientists Discover Breakthrough to Stem Human Aging With a Fish