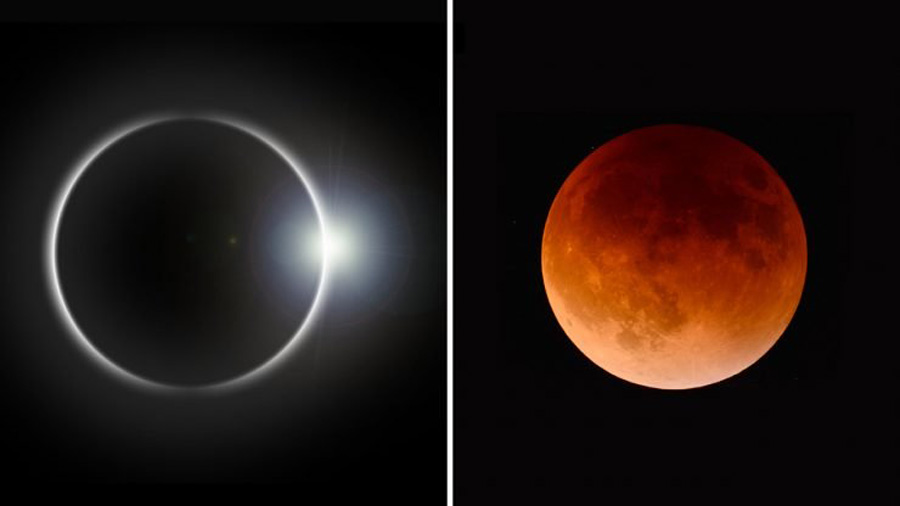 Thus far, 2020 has been filled with notable astronomical events, and there’s plenty still to come. We had three Super Moons in a row, starting with March’s Full Worm Moon, April’s Full Pink Moon, and, as we reported, May’s peak of the ‘Eta Aquarids’ Meteor Shower just days before the Full Flower Moon.

When the light from one celestial body (such as our Sun or Moon) is blocked by another (Earth or our Moon), an eclipse occurs as the body in between the two casts a shadow on the third body. We only experience two types of eclipses created by the different alignments of the Sun, the Earth and the Moon. When the light of the Sun is obstructed by the Moon we observe a solar eclipse on Earth, and when Earth is aligned between the Sun and the Moon, it casts a shadow on the Moon, creating a lunar eclipse.

When the Moon lies in the penumbral, or outer shadow, of the Earth, we have a Penumbral Lunar Eclipse, such as the one on June 5th and 6th. This occurs when the three celestial bodies are not perfectly aligned. Penumbral Lunar Eclipse are quite subtle as the moon might have be only slightly darker where Earth’s shadow falls.

June’s Penumbral Lunar Eclipse will visible, weather permitting, from much of Asia and Europe, Australia, Africa, Antarctica and South America’s south west. The eclipse will begin on the 5th of June at UTC 17:45:51, reach its peak at 19:24:55 and end at 19:24:55.

Check the date and time for your city or area.

The Moon will be perfectly aligned between the Sun and Earth for the Annular Solar Eclipse on the 21st of June and as a result will leave the outer ring of the sun visible, also known as the ‘ring of fire’. Annulus (Latin), means ring, the name given to this celestial event.

Always protect your eyes when watching a Solar Eclipse, which should be a special and memorable event, without harming your eyesight. Never look directly at the sun, even during an eclipse, without protective, special-purpose solar filters. These solar filters are used in “eclipse glasses” or in hand-held solar viewers which have to meet a very specific worldwide standard known as ‘ISO 12312-2’. Sunglasses, no matter how dark, will not protect your eyes!

With clear skies, the full Solar eclipse, including the ring of fire, will be visible from parts of Africa including Central Africa Republic, Congo, and Ethiopia, as well as most of North India, South of Pakistan and China.

Partial views of the eclipse will be visible in South/East Europe, much of Asia and Africa, North in Australia and the Pacific and Indian Oceans.

Check the time for your city or area.

Posted by DavaoBase.com on Sunday, 26 February 2017