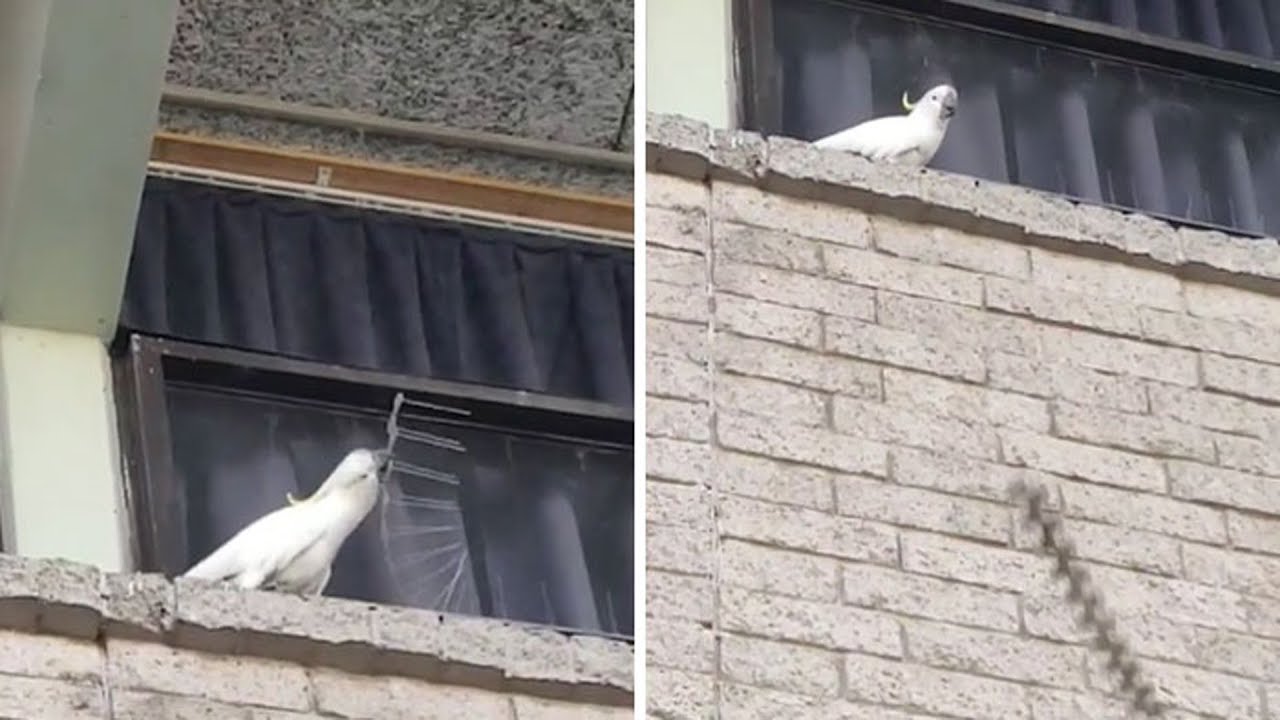 A clip capturing sulphur-crested cockatoo – a type of parrot, a breed of bird known especially for its intelligence – pulling away and ripping off anti-nesting spikes, installed on a ledge in a shopping centre in the Blue Mountains, west of Sydney, to prevent birds from perching, has gone viral on Facebook.

When Isaac Sherring-Tito was walking down a street in Katoomba, New South Wales, Australia, he saw something spiky falling from above. When he looked up, Isaac found a defiant cockatoo tearing up an anti-bird system installed at the Town Centre Arcade intended to keep birds from nesting on the ledge, protecting shoppers from their droppings.

After the video was shared on Facebook, with the perfectly apt title ‘f**k the police’, it’s been viewed more than three million times and has attracted plenty of comments from people impressed by the bird’s antics. One person commented: “The trail of destruction is magnificent.” While a second wrote: “As an Aussie, I feel inordinately proud of this bird’s attitude and hard work.” 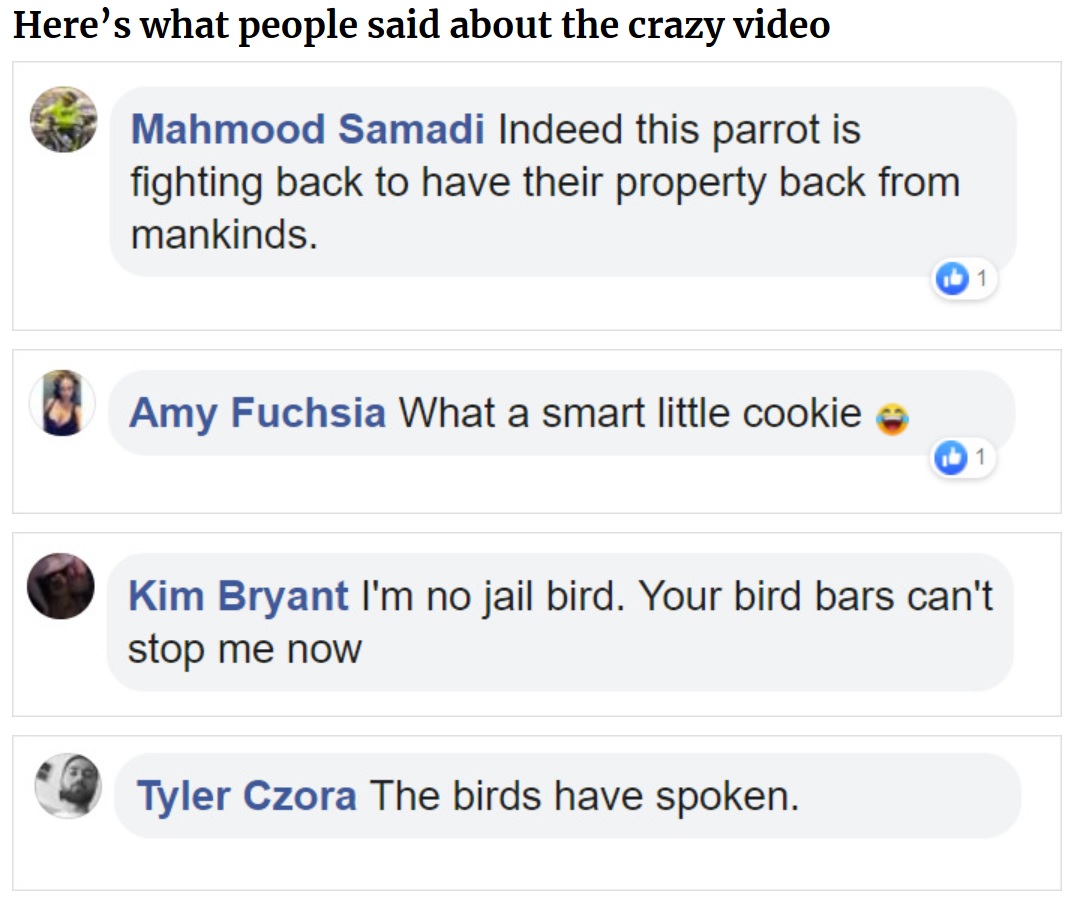 Sean Dooley, the editor of Australian Birdlife magazine, told The Guardian cockatoos “seem to take great enjoyment” out of doing that sort of damage, “whether it is random vandalism or more strategic damage”. “They do seem to take great delight in it. It’s pretty evident that cockatoos in particular are very intelligent birds and have, within their social structure, have to us what looks like playing.”

Anti-nesting spikes are growing in popularity. A wealthy neighbourhood in Bristol, England, came under fire in 2017 for installing anti-bird spikes, usually used to stop birds from resting and building their nests on ledges and nooks on buildings, to tree branches to protect residents’ expensive cars from bird poop.

Really this is so crazy, you couldn’t make it up could you. I mean stopping birds from perching in trees, whats next – maybe ban them from flying. We need to round up all these human goofballs and force them to live below ground in the dark until they learn to appreciate nature.