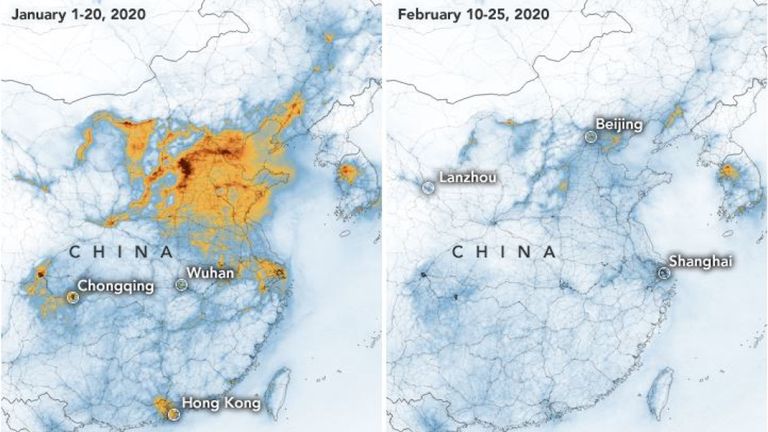 (By Aral Bereux) A small but positive side to the coronavirus (COVID-19) outbreak is the significant reduction of air pollution over China. Satellite images from NASA have mapped the drop in pollution amidst the unprecedented quarantine in Wuhan, China.

Because of the quarantine, mass transit, air travel and factories have halted throughout the country. The released images of China’s biggest cities are more akin to ghost towns rather than bustling metropolis’.

The NASA maps have showed a vast improvement in toxic nitrogen dioxide levels since the quarantine was introduced at the start of the year. In 2018, China’s emissions from factories, power plants and transportation hit an all-time high, sparking criticism from other world governments.

Fei Liu, an air quality researcher at NASA’s Goddard Space Flight Center commented on the images compared from the first weeks of 2020 to images taken from 10 to 25 of February.

“This is the first time I have seen such a dramatic drop-off over such a wide area for a specific event,” Fei Liu said.

The evidence is in the images. Since the lockdown in Wuhan, scientists noticed the drop in emissions which is continuing to improve. The sharp drop in burning fossil fuels and reduction in greenhouse gas emissions can only be a positive one, despite the virus that is now reaching early pandemic stages. 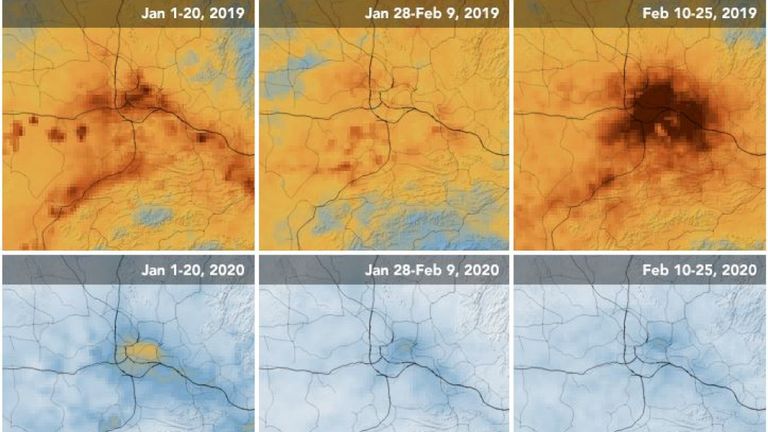 Other epicentres are yet to suffer the same major disruptions to working life that the Chinese have experienced, and as such, scientists are yet to retrieve data to compare. However, as it stands, all eyes are on South Korea, Italy and Iran as the nations experience sharp increases in the virus, with some medical experts now saying the virus is a self-sustaining community spread, although WHO have yet to declare an official pandemic.

Australia has declared a potential for pandemic response. France and Germany have experienced spikes in case numbers of the virus and the US suffered its second casualty at the time of publication, with rumours of a possible quarantine in Northern California. Time will only tell if similar results will occur in the environment above these nations.

More cautiously, it’s important to note that the positive and unprecedented impact on the environment only shows just how game-changing this virus might yet become.