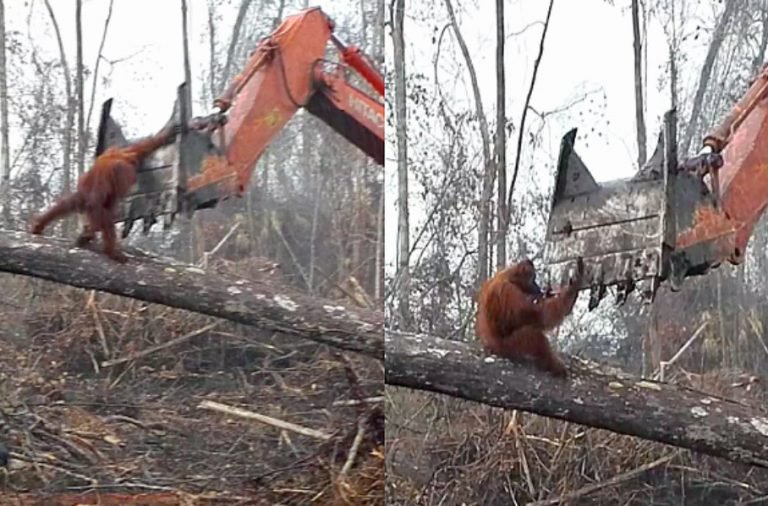 The name orangutan means “man of the forest” in the Malay language. In the lowland forests in which they reside, orangutans live solitary existences. 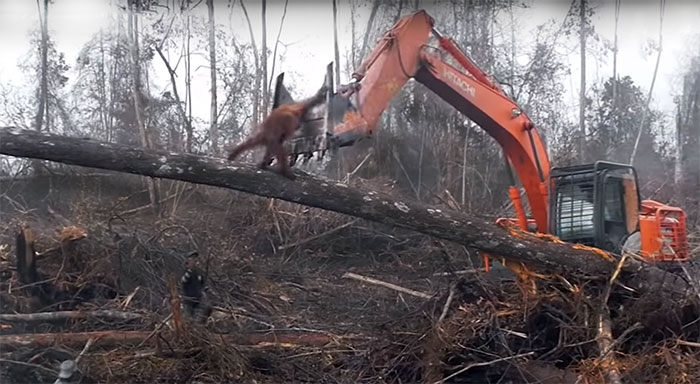 They feast on wild fruits like lychees, mangosteens, and figs, and slurp water from holes in trees. They make nests in trees of vegetation to sleep at night and rest during the day. 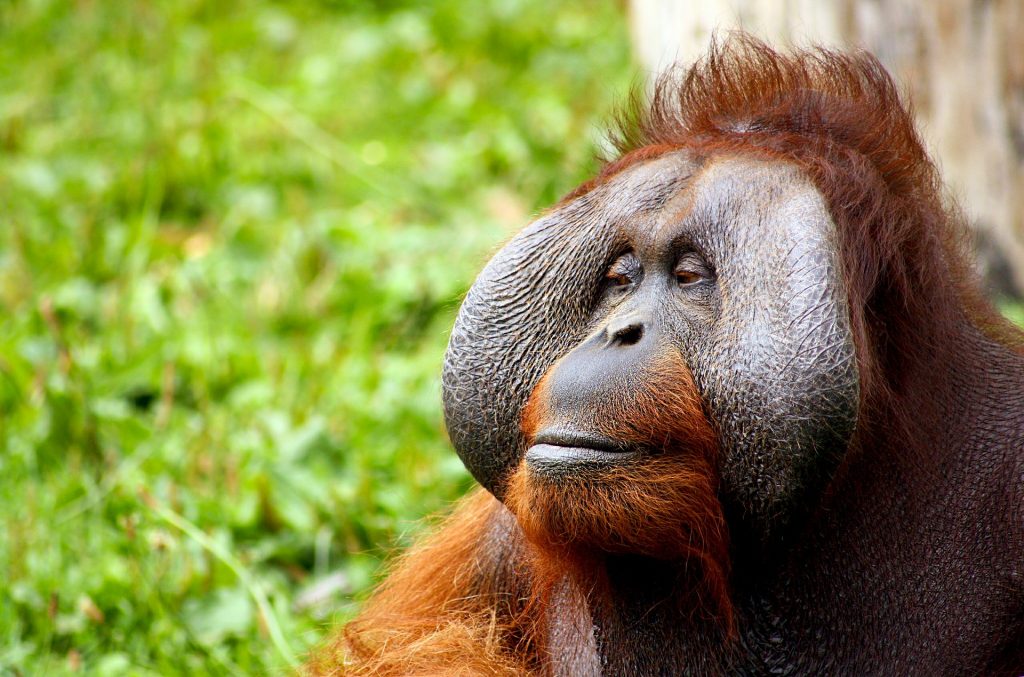 There are 2 types of orangutans, Bornean and Sumatran and both species have experienced sharp population declines due to the destruction of rainforests, particularly in Indonesia, where at least 2.5 million acres of forest are lost every year to logging activities. 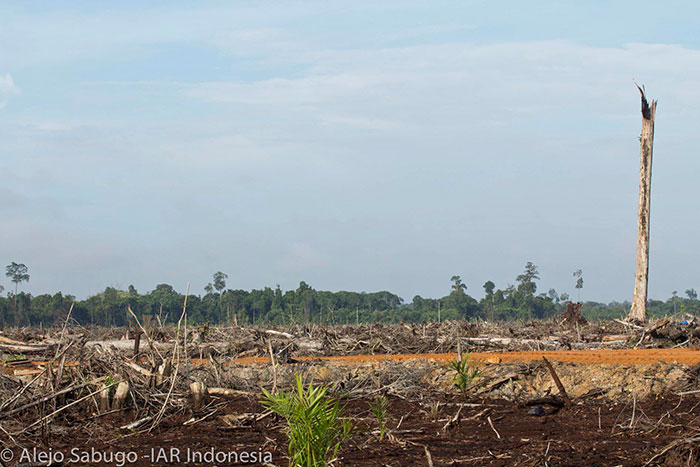 A century ago there were probably more than 230,000 orangutans in total, but the Bornean orangutan is now estimated at about 104,700 (Endangered) and the Sumatran about 7,500 (Critically Endangered).

On World Environment Day a non-profit organization called International Animal Rescueshared a shocking video showing a helpless orangutan who tried to fight against the powerful digger which has already claimed his home. The video was captured in 2013 but it was recently released to raise awareness about the harm of deforestation to the orangutan habitat.

This senseless deforestation leaves many animals without a home 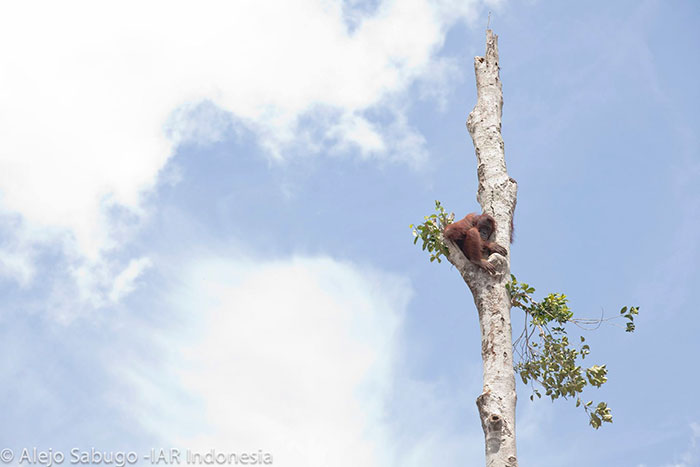 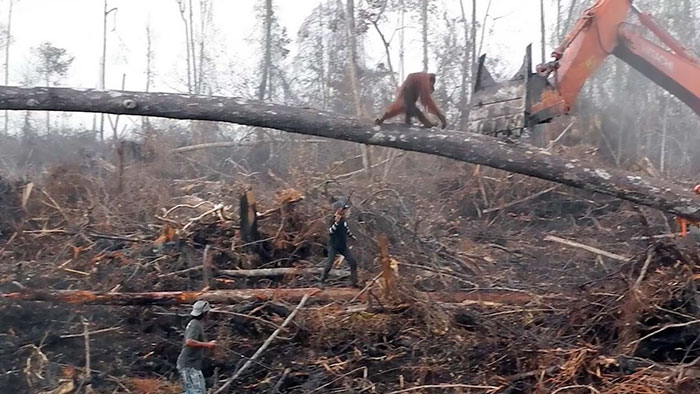