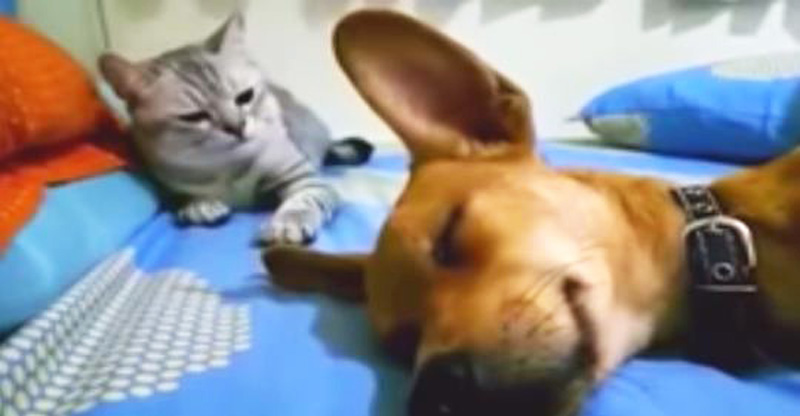 If you are an owner of both feline and canine, then you know how much they cannot stand each other.

Moreover, you know how much your cat is sneaky and ready to attack while how much your dog seeks attention. Somehow, though, you always find yourself caught up in between these to snapping at each other.

The person who captured the video below found himself in a similar video while capturing what seemed like a regular relaxing time in bed. But just a few seconds later, he ends up capturing something that would make him laugh for years.

While the owner of the cat and the dog was recording them just relaxing on the bed, the camera records a rather unpleasant sound—of his dog’s fart. The poor pooch must have accidentally let out the air in him in his sleep. However, the cat seems to be totally bummed by it. 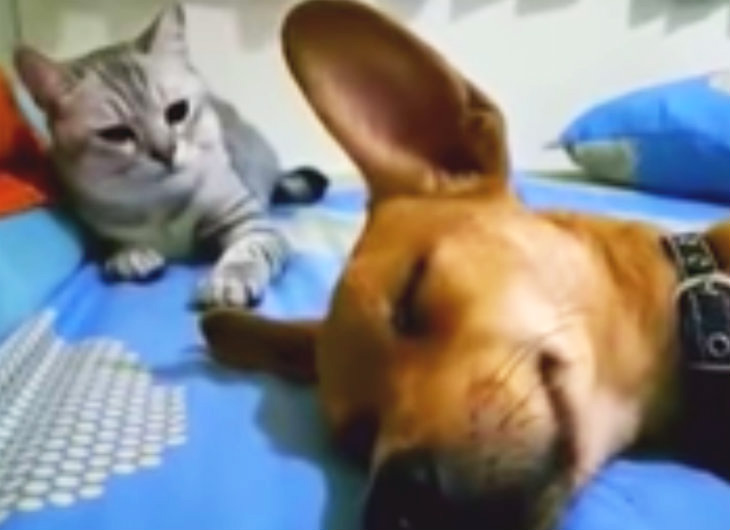 He seems to be unable to ignore what the dog had just done and gives the dog an angry look. But then, he does something that would teach the innocent pooch a good lesson of manners.

The cat, all of a sudden, sticks out his paw on to the dog’s head and gives him two quick smacks. The poor dog, deep in sleep wakes up and has no idea what just happened. But he couldn’t care less. He is probably too used to the cat bullying him, so he quietly goes back to sleep.

Watch the hilarious cat-dog situation in the video below: