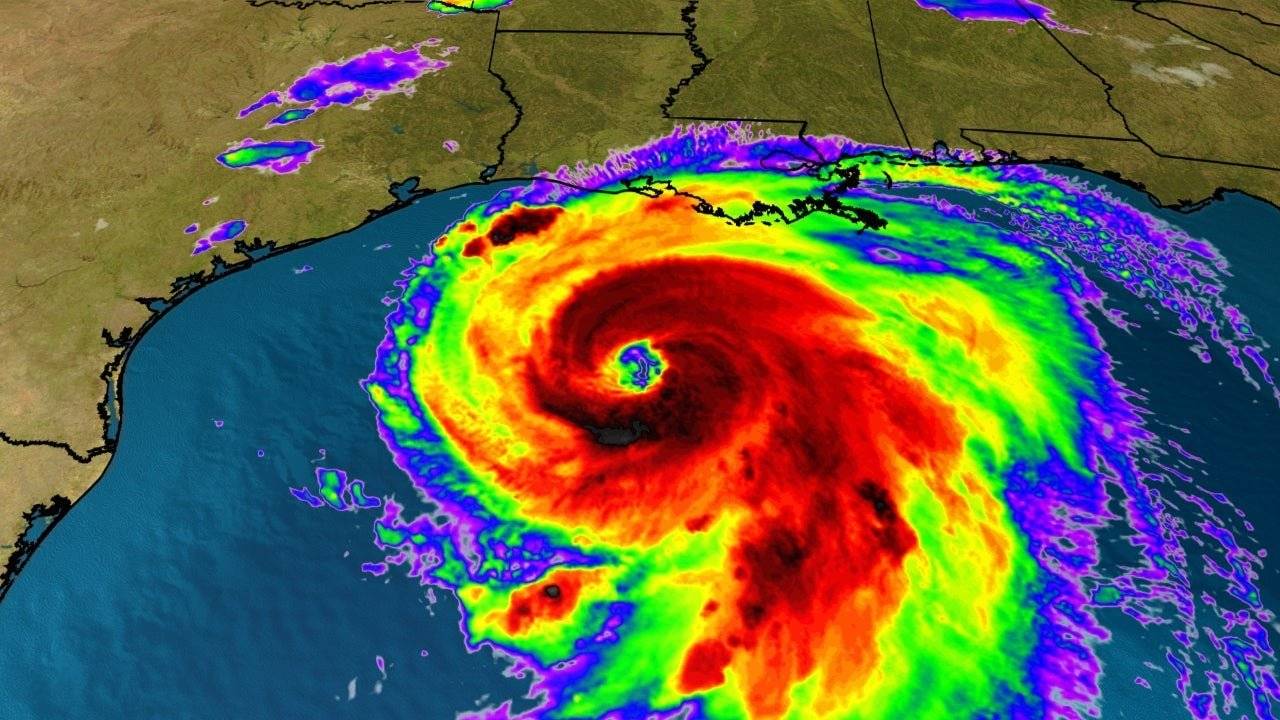 Authorities are preparing for the worst as Hurricane Laura has rapidly strengthened into a Category 4 storm, threatening to bring brutal conditions to the coastal regions of Texas and Louisiana overnight.

On Wednesday, the National Hurricane Center (NHC) issued increasingly urgent warnings about the bruising storms and warning that Laura would create “unsurvivable” 20-foot storm surges and “life-threatening hazards” including flash floods and violent winds ranging from between 145 mph to 175 mph.

The flood risk inland also extends far north and east with Arkansas and the Ohio and Tennessee valleys expected to feel some impact from the storm. Isolated tornadoes resulting from Laura are also likely, reports the Weather Channel.

Residents are being urged to “rush” to complete their preparations for when the hurricane makes imminent landfall, while over half a million residents of Louisiana and Texas have been ordered to evacuate.

TROPICAL UPDATE: At 1:50 pm EDT today, @NOAA's #GOES16🛰️ is zoomed in on the swirling eye of #Hurricane #Laura, whose winds are now 140 mph, making it a Cat-4 hurricane. @NHC_Atlantic says the storm will cause an "unsurvivable storm surge" in places. https://t.co/VTAp4gGkHs pic.twitter.com/dgBQcuvjJb

By 5 p.m. Wednesday, Laura remained en route to the Gulf Coast and had maximum sustained winds increasing to 145 mph. The hurricane-force winds of Laura extend 60 miles from its center while tropical-storm-force winds reach as far as 205 miles, reports Orlando Sentinel.

“Unsurvivable storm surge with large and destructive waves will cause catastrophic damage,” the NHC said. “The combination of a dangerous storm surge and the tide will cause normally dry areas near the coast to be flooded by rising waters moving inland from the shoreline.”

Experts had initially feared that Laura’s strike would come shortly after another storm, Marco, in the form of back-to-back hurricanes within the span of 48 hours. However, Marco was downgraded to a tropical storm that still managed to pummel Louisiana with strong winds and heavy rain.

Unsurvivable storm surge with large and destructive waves will cause catastrophic damage from Sea Rim State Park, Texas, to Intracoastal City, Louisiana, including Calcasieu and Sabine Lakes. This surge could penetrate up to 30 miles inland from the immediate coastline. #Laura pic.twitter.com/bV4jzT3Chd

But while Marco was downgraded, Laura has quickly grown in ferocity by 70 percent in a mere 24 hours, upgrading from a Category 3 to a Category 4 in a disturbing turn of events.

Earlier Wednesday, the NHC warned that satellite images had shown Laura assume its remarkably more intense form and grow to become a “formidable hurricane” presenting a dangerous threat to parts of the Gulf Coast.

“To think that there would be a wall of water over two stories high coming on shore is very difficult for most to conceive, but that is what is going to happen,” National Weather Service meteorologist Benjamin Schott informed reporters.

Once the storm makes landfall Wednesday night, it is expected to have a devastating effect as it rakes through northwestern Louisiana throughout Thursday on its way to Arkansas on Thursday night.

The hurricane should rapidly weaken to Category 1 status by Thursday afternoon, however, with maximum sustained winds lowering to 85 mph.

Experts are certain, however, that the initial strike from Hurricane Laura will be catastrophic.

“Some areas, when they wake up Thursday morning, they’re not going to believe what happened,” said senior hurricane specialist Stacy Stewart.

“We could see storm surge heights more than 15 feet in some areas,” she added. “What doesn’t get blown down by the wind could easily get knocked down by the rising ocean waters pushing well inland.”

Even sturdy and well-built homes are likely to incur damages, while trees will be snapped and uprooted while crucial utilities such as electricity and water could be knocked out of commission for days to weeks, the NHC has warned.

The evacuations are facing complications due to the still-raging coronavirus pandemic, with Texas Gov. Greg Abbott telling families that they should seek refuge in hotels and motels if they can afford to, allowing them to maintain physical distancing rather than being forced to cram in with other evacuees.

Marco and Laura have already left behind a trail of brutal damage in the Caribbean, killing at least 24 people, including an eight-year-old child and an infant in Haiti.

In Cuba, authorities managed to evacuate some 160,000 people from coastal regions, while thousands were also evacuated in the Dominican Republic.