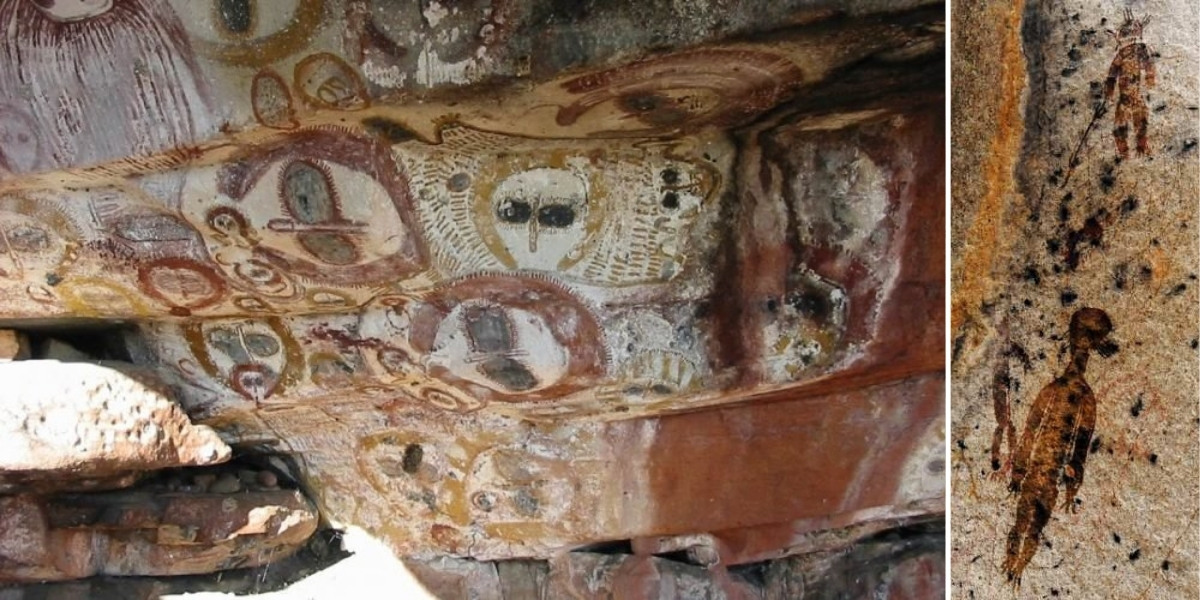 Those who have gone deep into the lore associated with the UFO phenomenon are no doubt aware of just how far back it may go. Today, the UFO phenomenon is documented quite well and is taken very seriously. It’s gained a tremendous amount of well deserved credibility in the past decade alone.

Documentation of this phenomenon actually dates back thousands of years. There are multiple cases outlined throughout history, and many of them you can find in Dr. Jacque Vallé’s book, Wonders In The Sky, if you’re interested. Vallé is a well known world-renowned researcher in the field who has done some tremendous work. Many of these cases depict strange flying objects and or ‘other worldly’ beings.

A great example comes from Kimberley, Australia in the form of cave paintings. These specific paintings I am referring to were created approximately 5000 years ago by the native aborigines, and they illustrate entities that they referred to as the Wandjina, or sky beings.

You can see a picture of the cave art in the cover picture above, as well as below.

According to Richard Dolan, one of the world’s leading UFO researchers,

In the aboriginal tradition, these beings were part of the beginning of creation and had great power over nature. One of them even became the Milky Way. When looking at the haunting images of the Wandjina, it is easy to think of gray aliens: oversized heads, no hair, large black eyes, no ears, no mouth, and pure white skin.  Until the modern era of UFOs and depictions of ET beings, scholars had no point of reference for the Wandjina, no way to understand why these native Australians would create God beings so radically different in appearance from themselves.

According to Encyclopedia Britannica,

Wandjina style, also spelled Wondjina, type of depiction in Australian cave paintings of figures that represent mythological beings associated with the creation of the world. Called wandjina figures, the images are believed by modern Aborigines to have been painted by the Wondjinas, prehistoric inhabitants of the Kimberley region in northwest Australia, the only area where cave paintings in the wandjina style have been found. Among the Aborigines, each wandjina image is renovated, or repainted, by the oldest living member supposedly descended from its originator.

Based on everything we know now, maybe these beings weren’t quite as ‘mythical’ as suggested. Many scholars also emphasize that they were considered “cloud spirits.”

Again, there are many such strange depictions found all over the world. For example, not long ago, more paintings were discovered by scholars in Chhattisgarh, India.

According to archaeologist JR Bhagat, these paintings depict extraterrestrials.

“The findings suggest that humans in prehistoric times may have seen or imagined beings from other planets which still create curiosity among people and researchers. Extensive research is needed for further findings. Chhattisgarh presently doesn’t have any such expert who could give clarity on the subject. The paintings are done in natural colours that have hardly faded despite the years. The strangely carved figures are seen holding weapon-like objects and do not have clear features. The nose and mouth are missing, and in a few pictures they are even shown wearing spacesuits. We can’t refuse the possibility of imagination by prehistoric men but humans usually fancy such things.” –

Dolan goes on to describe many other examples in his book.

There are many such ancient paintings on rocks and in caves around the world that depict what look like ET beings. In the northern Italian region of Lombardy, there is a rock painting dating to the Copper age, between 5,000 and 7000 years ago. It depicts apparent priests or God figures. Each of them has what appears to be a halo, except that these halos look rather more like helmets, with straight lines extending out from them.

Perhaps some of these beings are indeed extraterrestrial, extradimensional or something else. We don’t really know. Perhaps some of these beings are still visiting us today? The realization of this seems to have occurred throughout human history, but as we discover more and become more technologically advanced ourselves, perhaps some type of global interaction is part of our future? Perhaps it has already been for beings on other worlds? Always interesting to think about, because these realizations do indeed have tremendous implications if they are indeed real. 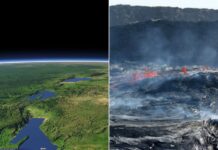 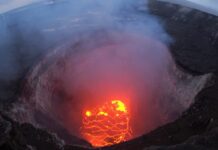 Deep Within Earth Are Buried Fragments Of An Old Ancient Planet