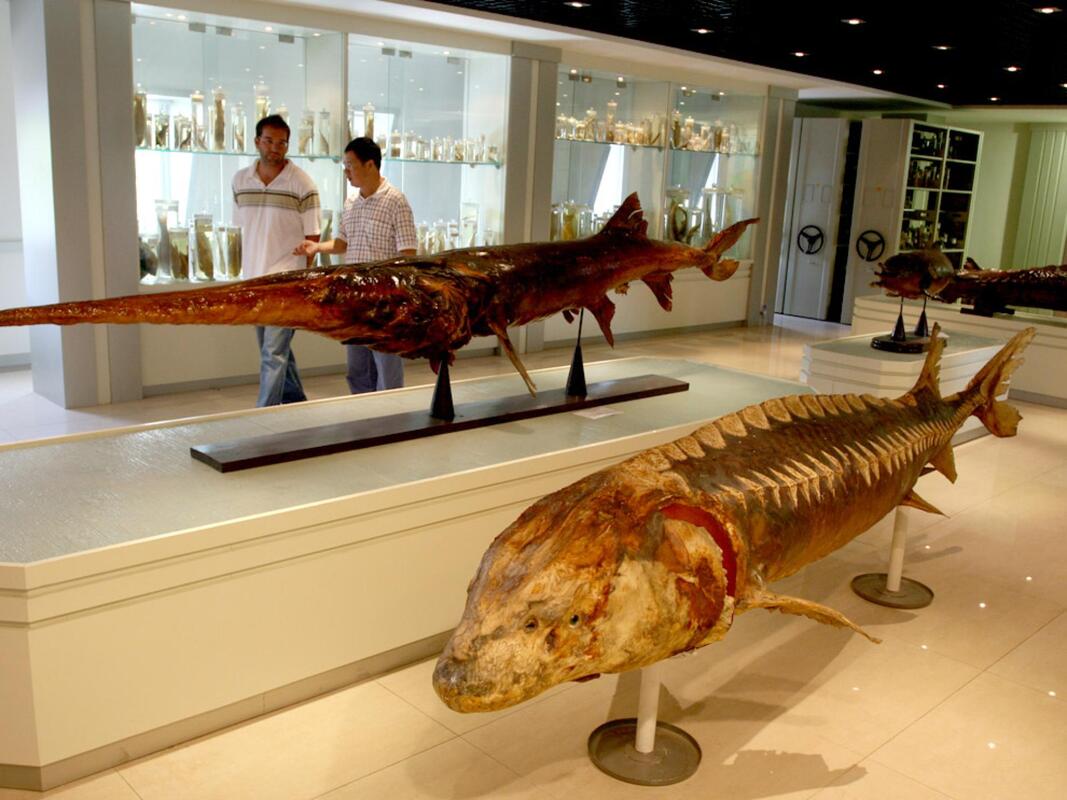 (By Aral Bereux) Another species has been declared extinct, this time the Chinese paddlefish, a species that survived for 150 million years.

Named after its distinctive shape, the Chinese paddlefish couldn’t survive man-made problems like over-fishing and habitat fragmentation. Experts say a loss of biodiversity also contributed to the paddlefish’s demise.

Science of The Total Environment journal published on the loss of the giant freshwater species, noting the paddlefish became “functionally extinct” in 1993, and its formal extinction occurred between 2005 to 2010.

“As no individuals exist in captivity, and no living tissues are conserved for potential resurrection, the fish should be considered extinct,” the paper reads.

The construction of a 1970s major dam along the Yangtze River in their native habitat largely contributed to the decline of paddlefish populations.

This is my friend the giant Chinese paddlefish

As of this year it no longer graces our oceans. You child or other descendants will never see one. Millions of years of existence wiped out to serve our indulgent nature

Rest in peace my friend pic.twitter.com/KISUVvYmxM

“China has launched its campaign trying to recover the Yangtze River’s environment, and some ambitious policies have been introduced, such as the 10-year ban on fishing activity.”

Social media users have lamented the demise of the Chinese paddlefish, paying tribute to the world’s longest growing freshwater fish.

“It’s farewell at first sight,” said China Youth Daily, noting they were unfamiliar with the Chinese paddlefish until its demise.