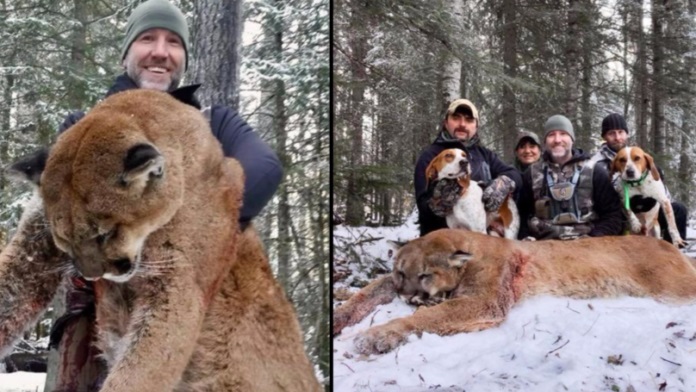 A Canadian TV presenter was labelled heartless after hunting a mountain lion and posting pictures of its sliced organs on his Facebook page. Steve Ecklund, the co-host of the Canadian hunting show, The Edge, is known for hunting rams, lions, black bears and lions in Canada and North America. 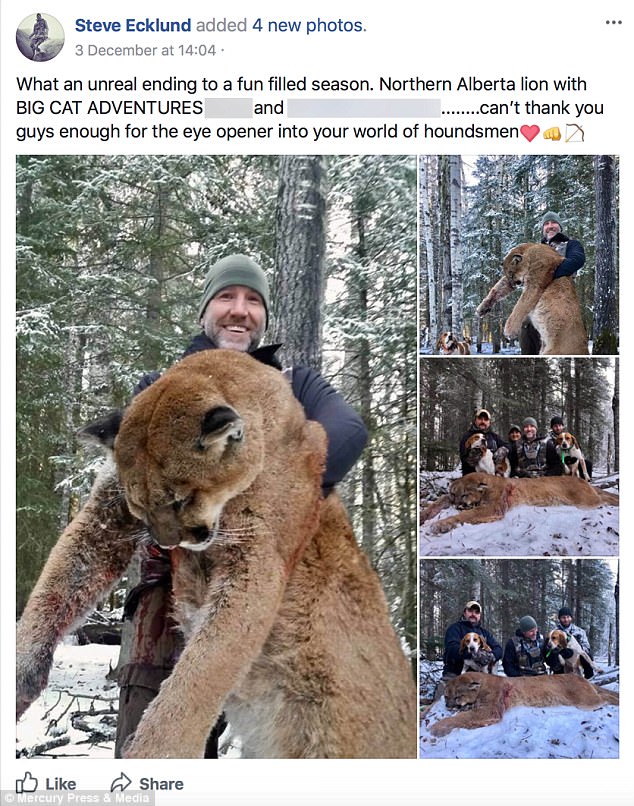 Ecklund, who regularly posts updates of himself and his wife, Alison Ecklund, in hunting gear, proudly portrays himself as a ‘fair chase hunter’ On The Edge’s website. This means his killings are perfectly ethical as his hunts are wild & free-ranging animals not confined by gates or barriers.

“Whether legal or illegal, and whatever country it occurs in, hunting for sport is morally reprehensible and has no place in a so-called civilised society. Links between animal and human abuse are well documented and it’s beyond our comprehension what makes people think this kind of barbaric act is deemed acceptable. When the authorities don’t act it’s no wonder that people take matters into their own hands and protect hunted animals themselves.”

“Only someone dead in heart and head could fail to see that mountain lions, wild boars, deer, and other animals are thinking, feeling individuals – not ‘things’ to blow away for amusement. Those animals whose lives aren’t taken outright by hunters often endure slow, agonizing deaths, leaving their offspring to starve, as they’re unable to fend for themselves after their mothers have been killed by some human trying to compensate for feelings of inadequacy. All most of us see when we look at a photograph of a hunter who gunned down an animal for ‘pleasure’ is photographic evidence of a small person with deep-seated insecurities.”

Meanwhile, Laureen Harper, wife of a former Canadian prime minister, roasted Ecklundsaying he was a creep and his showing off was probably a ‘compensation for something’ ending her tweet by saying he had a ‘small penis probably’.

What a creep. Chasing a cougar with dogs until they are exhausted then shooting a scared, cornered and tired animal. Must be compensating for something, small penis probably.https://t.co/UspnQEdWdL