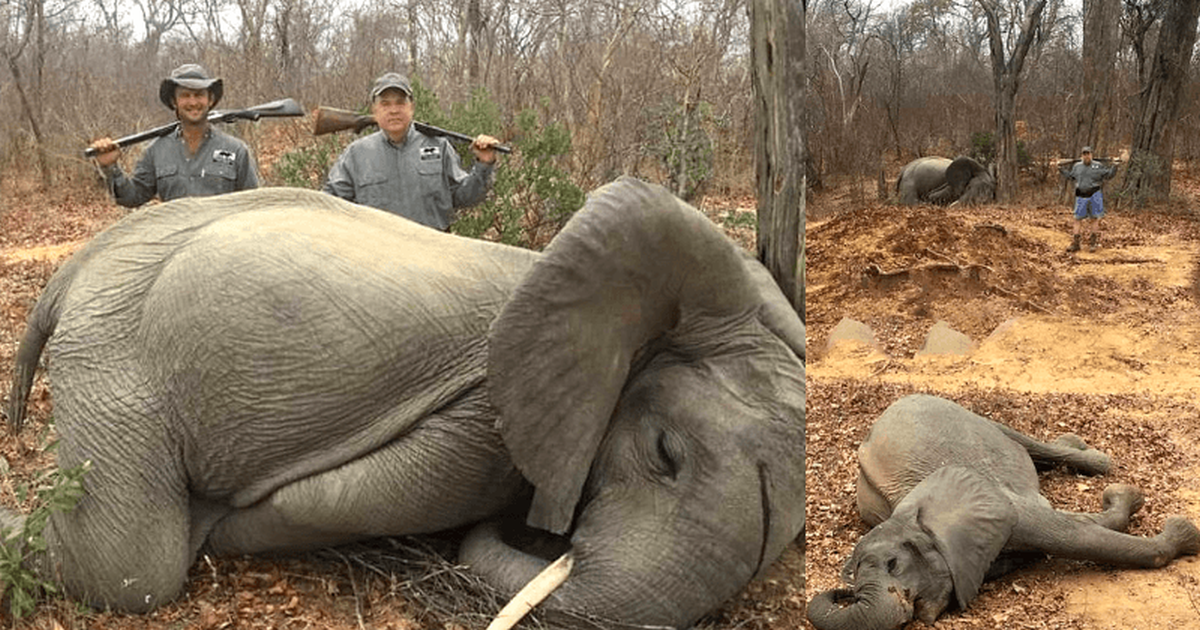 TopGen Energy partner, Mike Jines, a wealthy businessman from Georgia, has received huge backlash, even death threats, for posing with two baby elephants he mercilessly killed during a hunting trip in Africa along with professional hunter Max Delezenne in October 2018.

With their guns on their shoulder, the two hunters can be seen smiling in pride while the dead animals lay lifeless on the ground with blood oozing out of their bodies.

Apologies for the disturbing photo.If you're really upset by what you see, than make this go viral along with an email letting Mike Jines know what you think.info@topgenenergy.net

When the gruesome photos recently went viral after they were uploaded on Facebook by Darrell Eisman and started affecting Jines’ business, he told CBS 46 that the animals were killed in a designated safari area in compliance with Zimbabwe and US hunting law:

“The two elephants that are shown in the photos were shot in self-defence, in an unprovoked charge and both elephants were fully mature cows, not juveniles. While I can appreciate that hunting can be polarizing and that views on hunting can vary materially, I am sure that you can appreciate what it is like to deal with the vitriol particularly when the underlying information in this case is inaccurate.”

Although he claims that the killings took place in self-defence, Jines’ online hunting profile reads:

“Mike has hunted extensively across Africa and has shot multiple species of each of the Big Seven with the exception of rhino.  His hunting passion is hunting elephant on a classic tracking hunt with a double rifle.”

He’s seriously “Blaming” the poor baby elephant – Claims he HAD TO KILL him – and then poses SMILING for these photos with it’s warm dead body. Can you imagine EVER doing business with #TopGenEnergy? Digusting. Massive liability.

And just so you know, Jines reportedly gave the following account before the photographs went viral:

“The hunt started with a bang… literally. Less than thirty minutes into the first morning of the first day we experienced a double elephant cow charge.

“This was obviously a first for me but it turns out it was a first for Buzz as well. We saw a group of cows from the road and decided to follow them to see if a tuskless was in the group. We caught them quickly and identified a tuskless…

“We positioned ourselves to get a good look at the tuskless and concluded that since it was just Day 1 we would pass. An instant later she came in an all out charge. Buzz and I both fired two shots a piece and she went down. Then from behind us a large one-tusked cow charged at full speed. We each fired one shot and she crashed to the ground with her hind legs out behind her…”

There’s evil, and then there’s you #mikejines one can only hope the universe and all that is just punish you for killing those elephants. Boycott #TopGenEnergy