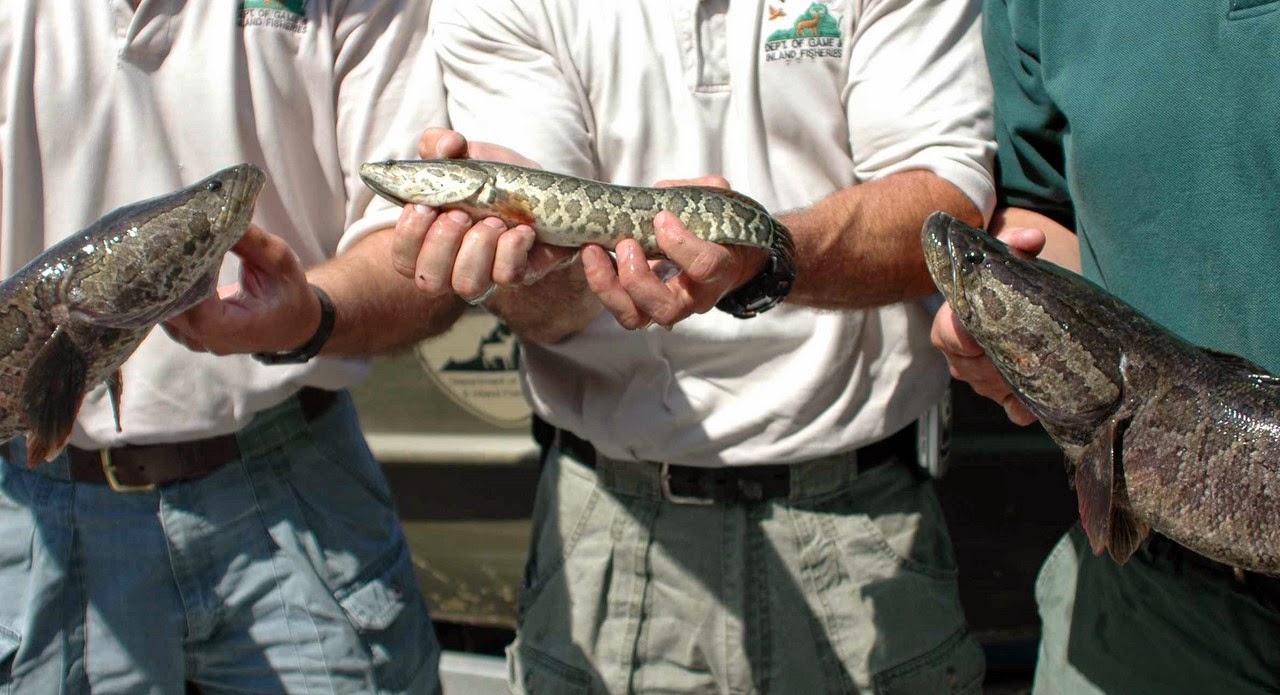 Wildlife officials in Georgia have issued a blunt warning: If you come in contact with a certain invasive fish species that has suddenly appeared in the state, be sure to kill it immediately.

The fish in question is the northern snakehead fish, which can breathe on air and survive for days on dry land.

The Georgia Department of Natural Resources is sounding the alarm on the fish after an angler reportedly caught one in a private pond in Gwinnett County.

The Wildlife Resources Division of the agency is confused as to how the snakehead, which has never before been seen in the state, has suddenly come to exist in Georgian waters, NBC reports.

If you find a northern snakehead in Georgia, kill it immediately and contact a DNR Regional Office. https://t.co/dbxWM0gaZQ

In a press release, the department describes the snakehead as a long, thin fish with a long dorsal fin along its back and a brown, blotchy appearance. The fish can grow to up to three feet in length and is capable of living on land, breathing air, and surviving in low oxygenated systems. They are usually found in freshwater.

The non-native invasive species is native to the Yangtze River basin in China, but has also been reported in 14 states throughout the United States. For some time, snakeheads were sold in pet stores and live food fish markets, as well as in restaurants, in various major U.S. cities. In 2002, they were added to the list of injurious wildlife under the Lacey Act in 2002.

The Lacey Act lists at least 726 species as “injurious,” including zebra mussels, Burmese python, and numerous species of salmon and salamander. According to the Fish and Wildlife Service (FWS), injurious species “have been determined to be injurious to the health and welfare of humans, the interests of agriculture, horticulture or forestry, and the welfare and survival of wildlife resources of the U.S.”

While the 6,500 invasive species listed by the FWS have done at least 100 billion dollars of damage through decimation of crops, transmission of diseases, and the damaging of fisheries’ catches, the vast majority of them are not considered injurious.

The United States Geological Survey also said that some snakeheads were even released by hobbyists or religious groups who practice “prayer animal release,” an activity whereby individuals purchase animals and then release them “to earn merits with a deity.”

While human beings have little to fear if they encounter the creatures, the snakeheads are extremely detrimental to native species.

In certain conditions, female snakeheads can lay up to 50,000 eggs that can hatch within one or two days. This ability to reproduce fast makes them vicious competitors for food as top predators, and conservationists fear that they can displace myriad native species while doing damage to the fishing industry.

Species are considered invasive when they manage to move into ecosystems that haven’t evolved to control them. Once they gain a foothold in those territories, other species endemic to the region often have little chance to fend for themselves.

As the Mind Unleashed reported in March, a study recently found that invasive or “alien” species are a leading cause of extinctions affecting both plants and animals across the globe.

Officials are advising anglers who catch the fish to kill them through freezing, take pictures of the fish—including close-up shots of the mouth, fin and tails—and report where it was caught to a regional Georgia DNR Wildlife Resources Division Fisheries Office.