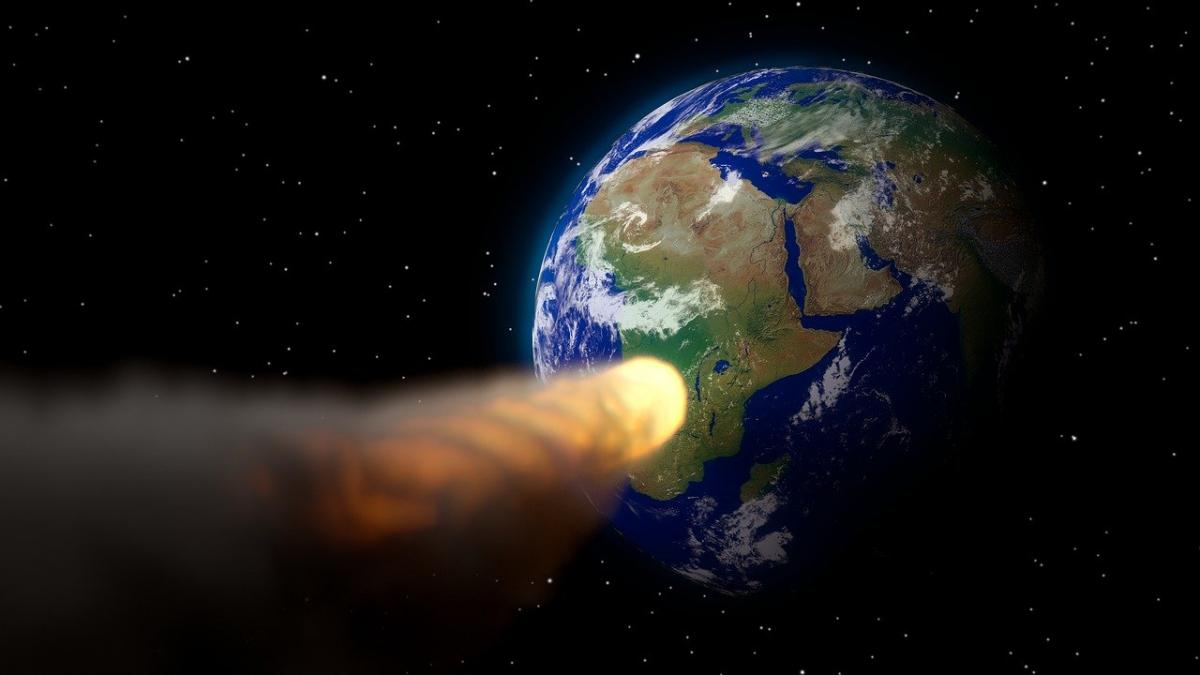 The asteroid is following Earth’s intersecting orbit known as 2020 DP4 and is approaching the planet, and information collected by NASA indicates the space rock is big enough to create a violent explosion in the atmosphere if it comes too close to the Earth.

The asteroid is being closely monitored by NASA’s Center for Near-Earth Object Studies (CNEOS).

The last asteroid atmospheric explosion took place over the city of Chelyabinsk, Russia, which produced a flash 30 times brighter than the Sun and caused 180 cases of eye pain and 70 cases of temporary flash blindness.

So make sure you don’t stare at it with the naked eye, similar to how you shouldn’t stare directly at the sun, no matter how curious you may be.

2020 DP4 is coming our way and it will cause a true space spectacle this week on March 22nd at 2:36 p.m EST. Compared to the smaller asteroid 2020 EF that vaporized in earth’s atmosphere yesterday on March 18th, 2020 DP4 is much larger in diameter at 180 feet wide and traveling at a faster velocity rate at 18,000 mph according to CNEOS.

While 2020 EF was classified as an Aten asteroid, 2020 DP4 on the other hand belongs to the Apollo family of space rocks. Although the two asteroids are labeled differently, they are known to intersect Earth’s orbit as the planet makes its way around the Sun.

While NASA has expressed that both asteroids won’t collide directly with the Earth, last year NASA and the U.S. government’s Federal Emergency Management Agency (FEMA) participated in an exercise with other international partners to deal with asteroids that could be a future impact danger. Last year, NASA also awarded SpaceX a $69 million contract to redirect an asteroid off its intended path under the Double Asteroid Redirection Test (DART) program, which uses a technique known as a kinetic impactor. The mission involves sending one or more SpaceX Falcon 9 rockets into the path of an approaching near-earth object, in this case, Didymos’ small moon in October 2022.

The European Space Agency (ESA) is also involved in that joint mission to slam a probe into the asteroid Didymos’ small moon.

According to CNN, NASA also reassures that 52768 (1998 OR2) will not hit the Earth despite worries with its classification as “potentially hazardous.” However, the asteroid is “large enough to cause global effects,” according to NASA.

The next potential asteroid that could cause significant damage if it hit Earth is expected to fly through our solar system and pass near Earth on April 13, 2029. The giant icy space rock—known as 99942 Apophis, for the Egyptian God of Chaos—is 1,100 feet wide (340 meters) and will speed by at over 67,000 miles per hour. According to NASA, Apophis has a 2.7% chance to hit Earth—a very low probability.