Following years of “scientific” whaling, Japan’s whalers will resume commercial operations in 2019, according to a government decision. It defies a 1986 international moratorium on hunting endangered species.

Tokyo has decided to leave the International Whaling Commission (IWC), meaning that Japanese whalers will be able to resume commercial hunting for the first time in over 30 years. Japan will officially inform the IWC of its decision by year’s end and the withdrawal will come into effect by June 30. 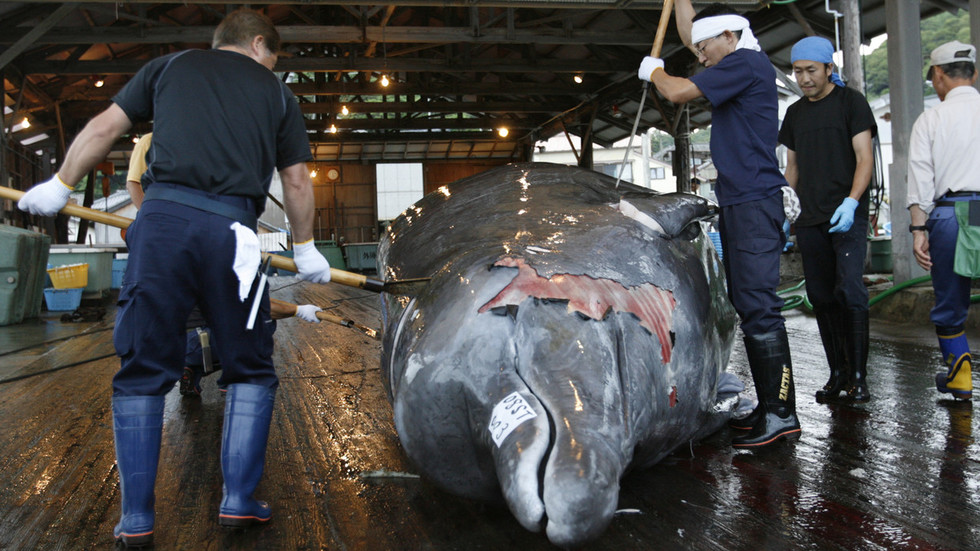 Yoshihide Suga, chief cabinet secretary, assured the public that commercial whaling “will be limited to Japan’s territorial waters and exclusive economic zones.” He said the country’s ships will not hunt in the Antarctic or in the southern hemisphere, which was the main source of concern for Australia.

The announcement was not surprising, as it comes after the IWC declined Japan’s request to allow its fishermen to hunt minke and other whales protected by the organization. But environmentalists accused Tokyo of using a “sneaky” timing to avoid condemnation.

“It’s clear that the government is trying to sneak in this announcement at the end of year, away from the spotlight of international media, but the world sees this for what it is,” Greenpeace Japan said in a statement.

It warned that high-end technology led to overfishing in Japanese waters and high seas, resulting in “the depletion of many whale species.” Most whale populations have not yet recovered, the NGO said, adding that the list includes “larger whales such as blue whales, fin whales and sei whales.”

From a technological point of view, modern-day whaling involves using explosive harpoons. The projectile is typically launched from cannon, penetrating the whale’s hide and exploding. Whalers usually target the head of a whale, inflicting heavy brain damage and knocking the giant mammal out, or instantly killing it.

In past years, hundreds of whales were killed in what Japanese officials called “research” or “scientific” efforts. Nevertheless, so-called scientific research hunts were exceptionally allowed under a controversial clause in the Antarctic Treaty.

Japan is not the first country to resume commercial whaling, as it joins Iceland and Norway in openly defying the IWC’s 1986 ban. Earlier in April, Icelandic fishermen set a target of 191 kills for the season, drawing international criticism.

Whaling is a thorny issue in Japanese society, where the tradition of hunting marine mammals has existed for centuries. Whale meat was vital in post-WWII Japan but its consumption dropped significantly as the country became wealthier during the following decades.

However, Japan’s conservative government argues that there is a need to pass whaling culture on to the next generation. Many members of Prime Minister Shinzo Abe’s Liberal Democratic Party do support whaling, and he himself comes from a constituency where whale hunting remains popular.