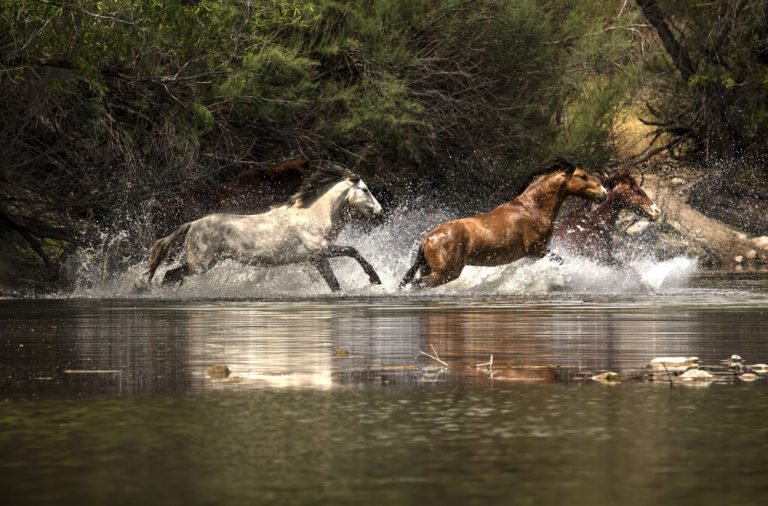 Every year or so, the Bureau of Land Management (BLM) makes a plan to kill off large numbers of animals that they deem to be a nuisance somehow.

In recent years government environmental have proposed killing large numbers of everything from Tortoises to Owls, but many times they are forced to walk back their plans if they get enough resistance from the public.

The most recent plan from the BLM that is sure to spark outrage involves the killing of some 45,000 wild horses, which amounts to roughly 75% of the country’s population. The BLM has currently rounded these horses up using helicopters and trapped them in prison-like holding pens to await execution.

According to ABC News, there are about 75,000 wild horses in the US, and the BLM is looking to cut that population down to 20,000.

In an interview with ABC, Jim Schnepel, a non-profit worker who is close to the situation described the BLM’s plan, saying that, “They’ve set what they call ‘appropriate management level,’ AML It would be about 75 percent reduction for what we have right now. Typically, they’ll get put into a long-term holding and that means they get shipped to the Midwest. BLM has contracts with ranchers back there that pays them so much per day to keep the horses.”

These holding cells cost US tax payers roughly $50 million annually, which is why the government now wants to kill them, instead of just setting them free.

“The BLM, the very agency in charge of protecting them, is asking Congress for permission to kill them,” Netherlands said. “They’ve stockpiled wild horses in holding pens … and so now what are they going to do with all the horses that they’ve stockpiled? The adoption rates are not high enough so they can’t adopt them all out. So now we have a bunch of wild horses that the taxpayers are paying for and holding facilities and their solution is to kill them,”Simone Netherlands, an animal rights activist and a spokesperson for the American Wild Horse Campaign explained.

As with all government agencies, the BLM has a control freak attitude and is attempting to play god with the habitat.

Lisa Reid, a BLM spokesperson said that the agency has a duty to control the population.

“There are three things that wild horses need: food, water and obviously space. As you can see we do have millions of acres out here, but not every acre is producing viable forage for the horses. So you know just as with any type of species they have to be managed just so that they don’t become … overpopulated and diseased. By our count, we are overpopulated by sometimes 300 percent on most of our herd management areas. The Bureau of Land Management is a public agency. We have to answer to all groups. … So we have to try and find that balance to make sure that we can do what’s best for the horses,” Reid said.

In the meantime the wild horse population in the US is being suppressed with birth control injections, but they are we to decide that an animal population is out of control? The BLM has taken it upon themselves to control or “manage” the ecosystem, it is in their name, and without projects like this they would essentially have no job, aside from maybe harassing ranchers.