The modern form of humans, called homospaians, have roamed the Earth for a mere 200,000 years. During this time, humans have colonized across every continent and adopted a civilized lifestyle, which has steadily led us on a destructive path fueled by greed.

Civilisation, as we know it, began around 6,000 years ago. Many of the early civilizations were founded in river valleys including ancient Egypt, ancient Mesopotamia and Indus Valley civilization. The fertile land and nearby water source provided people with ideal cultivating conditions, making agriculture easier and more predictable. For the first time in human history, populations were able to increase due to a surplus of food.

ast-forward to the present day – the global population stands at around 7.5 billion; natural resources are running dry, the effects of climate change are threatening our survival, and entire species and habitats have been destroyed in the name of greed.

So, in total, how many species and natural habitats have been lost as a result of man’s desire to progress and make profit? Around 50 percent of species across land, rivers and seas have been lost in the last 40-years as a result of habitat loss and unsustainable hunting, according to a WWF analysis. However, as we have yet to discover every species inhabiting the Earth, it is believed that the total number of species lost is actually much greater. In fact, experts estimate the rapid loss of species is between 1,000 and 10,000 times higher than the natural extinction rate.

In an effort to grasp the severity of the situation, we have put together a 3-part series dedicated to exploring the effects of human activity on each of the Earth’s environments – land, rivers and oceans. The first installment of this series will focus on land-based species, exploring the cases of individual species effected by unsustainable trade, habitat loss and climate change. 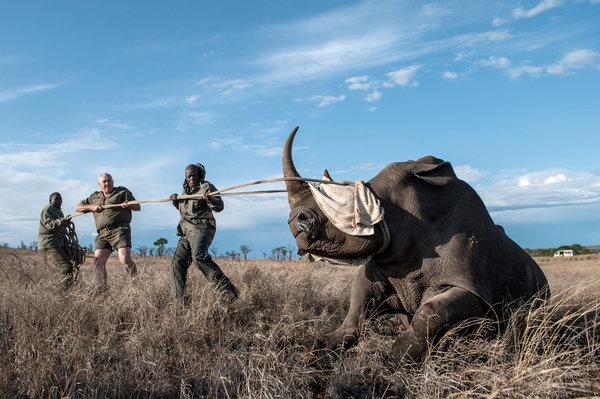 Human activity – including habitat loss, climate change, pollution, unsustainable trade, bycatch and human-animal conflict – is driving, or in many cases has already driven, many species to extinction. In fact, even some of the world’s most iconic animal species are at risk of being lost.

Valued for their ivory and horns, elephants and rhinos are being hunted by poachers at a unsustainable rate. In fact, poachers killed off 30 percent of Africa’s savanna elephantsbetween 2007 and 2014—about 144,000 animals – new data has revealed. Meanwhile, population in Tanzania has plummeted 60 percent in five years, and 53 percent in Mozambique in the same period. Many of these animals reside in heavily protected national parks; however, as many of the parks have limited access to resources, protecting the animals has become a near-impossible task. 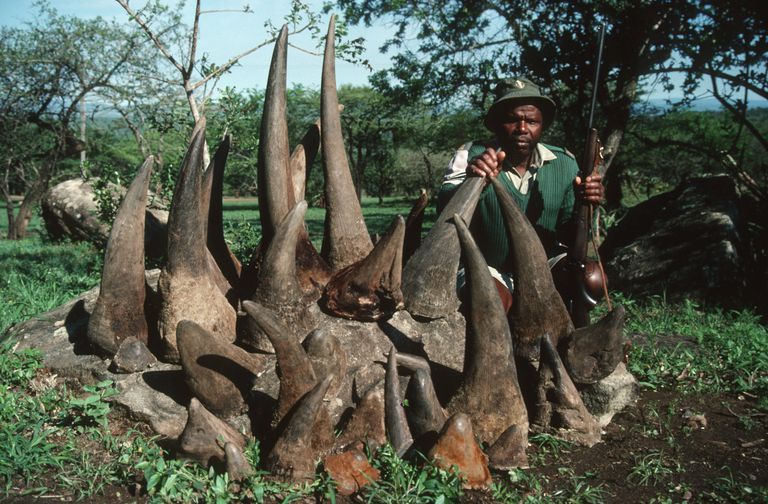 In an effort to protect the future of the species, animal conservation organizations are working communities and schools local to national parks. It is hoped that by educating children and local communities about the long-term benefits of wildlife and environmental conservation, less local people will become enticed by the low-risk, high-gain poaching opportunities.

However, while unsustainable trade is threatening the population of individual species, habitat loss is endangering a large number of plant and animal species, worldwide. In fact, it is believed that habitat loss is the greatest threat to the vitality of life on this planet today.

The growing palm oil industry, for example, is threatening the biodiversity and ecosystems in the countries it is produced. Grown throughout Africa, Asia, North America, and South America, with 85% of all palm oil globally produced and exported from Indonesia and Malaysia, palm oil is a type of edible vegetable oil that is derived from the palm fruit.

In order to produce palm oil, large areas of forest must be cleared to develop the palm oil plantations. An area the equivalent size of 300 football fields of rainforest is cleared each hour to make way for palm oil production, according to the World Wildlife Fund (WWF). In Indonesia, a third of all mammal species are considered to be critically endangered as a result of the sustainable development of the palm oil industry. In fact, if nothing changes, findings show the orangutan could become extinct in the wild within the next 5-10 years, and Sumatran tigers less than 3 years. 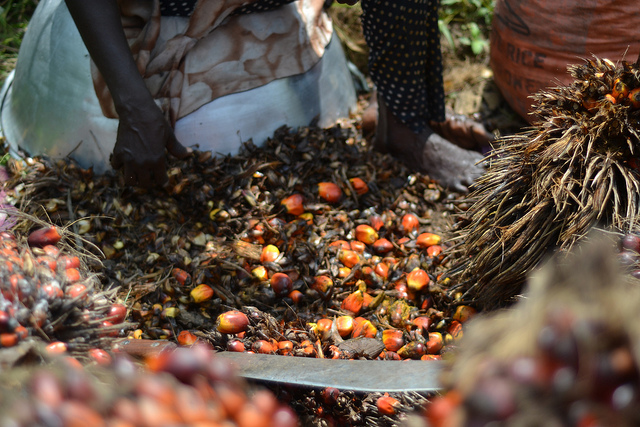 Palm oil, the most widely consumed vegetable oil on the planet, is an ingredient in about half of all packaged products sold in the supermarket. As a result, consumers are unknowingly supporting an industry that is relentlessly destroying biodiversity and contributing to climate change. Products that commonly contain palm oil include lipstick, ice cream, detergent, packaged bread, shampoo and biodiesel.

With producers shirking their responsibility to move to sustainable sources, it is up to the consumer to change the tide of the palm oil market. Unmask Palm Oil is a campaign that supports the use of Certified Sustainable Palm Oil (CSPO), which will help consumers make a more informed decision when purchasing products containing sustainably sourced palm oil.

“By pushing for CSPO and demanding clear labelling, we can make sure that the problem doesn’t shift to other parts of the world and onto oils which are less productive than palm oil, therefore requiring more land,” says Unmask Palm Oil founder Ben Dowdle. 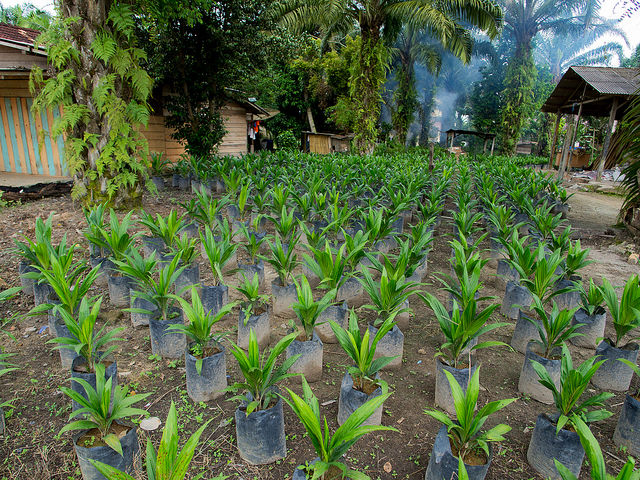 With the introduction of well enforced regulation and proper management to stop deforestation, palm oil production can be both sustainable and environmentally friendly. Palm oil uses just 5 percent of all the land used to produce vegetable oils, but produces 38 percent of the global vegetable oil supply. Currently, the average yield of a palm oil plantation is  2-4 tonnes per hectare; however, scientists believe this can eventually be increased to 50 tonnes per hectare with the introduction of improved methods of plantation management and plant selection.

The United States, the European Union and Canada manufacturers are required to use specific labeling of oils. In the six months leading up to the introduction of clearer labelling in the EU, demand for CSPO increased by 67 percent, proving that a labeling policy could instigate change. Unmask Palm Oil is now working to see a similar policy be enacted in both Australia and New Zealand.

Examples of climate change induced habitat loss can be witnessed worldwide. Polar bearsin the Arctic, for example, are dependant on sea ice for hunting. However, as global temperature rise, the Arctic has experienced a a trend of thinning and melting sea ice, making it increasingly difficult for the Polar bear to hunt and survive. This topic will be explored further in the second installment of the ‘Vitality of Wildlife in the Anthropocene Epoch’ series. 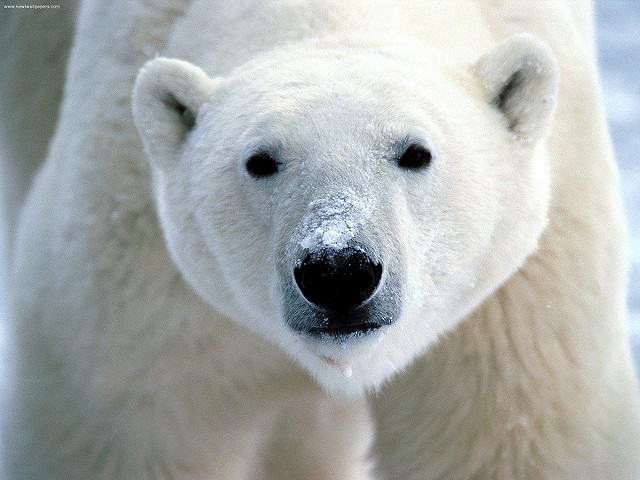 However, while the Polar bear’s plight has been regularly documented over the last decade, it appears the effects of climate change have already had a devastating effect on one species in particular. The Bramble Cay melomys is a long-tailed, whiskered rodent that lived on a tiny outcrop in the Great Barrier Reef.

The rodent, which was believed to be the only mammal endemic to the Great Barrier Reef, is said to be the first documented extinction of a mammal species due to human-caused climate change. The mammal had lived on Bramble Cay, a 3.6 hectare grass-covered cay in Australia’s Great Barrier Reef, but lost its only home due to rising sea levels, pushing the species to extinction. 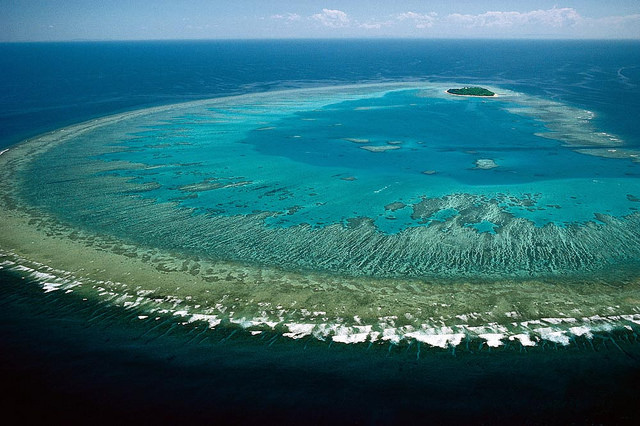 Every day dozens of different species – both animal and plant – are becoming extinct as a result of human activity. According to reports, amphibians have the highest rate of endangerment, with 1 in 3 amphibians at current risk of extinction. Meanwhile 1,851 species of fish —  21 percent of all fish species evaluated by the IUCN in 2010— have been deemed at risk of extinction, including more than a third of sharks and rays. As we begin to explore the endangerment rates of other groups of species, the figures reveal a bleak reality in regards to the biodiversity and vitality of wildlife species on our planet.

In the next installment of our Anthropocene series, we will explore and evaluate the impacts of human activity on the extinction and endangerment rates of marine species. In addition, we will also observe current and future solutions aimed at preserving the earth’s biodiversity.