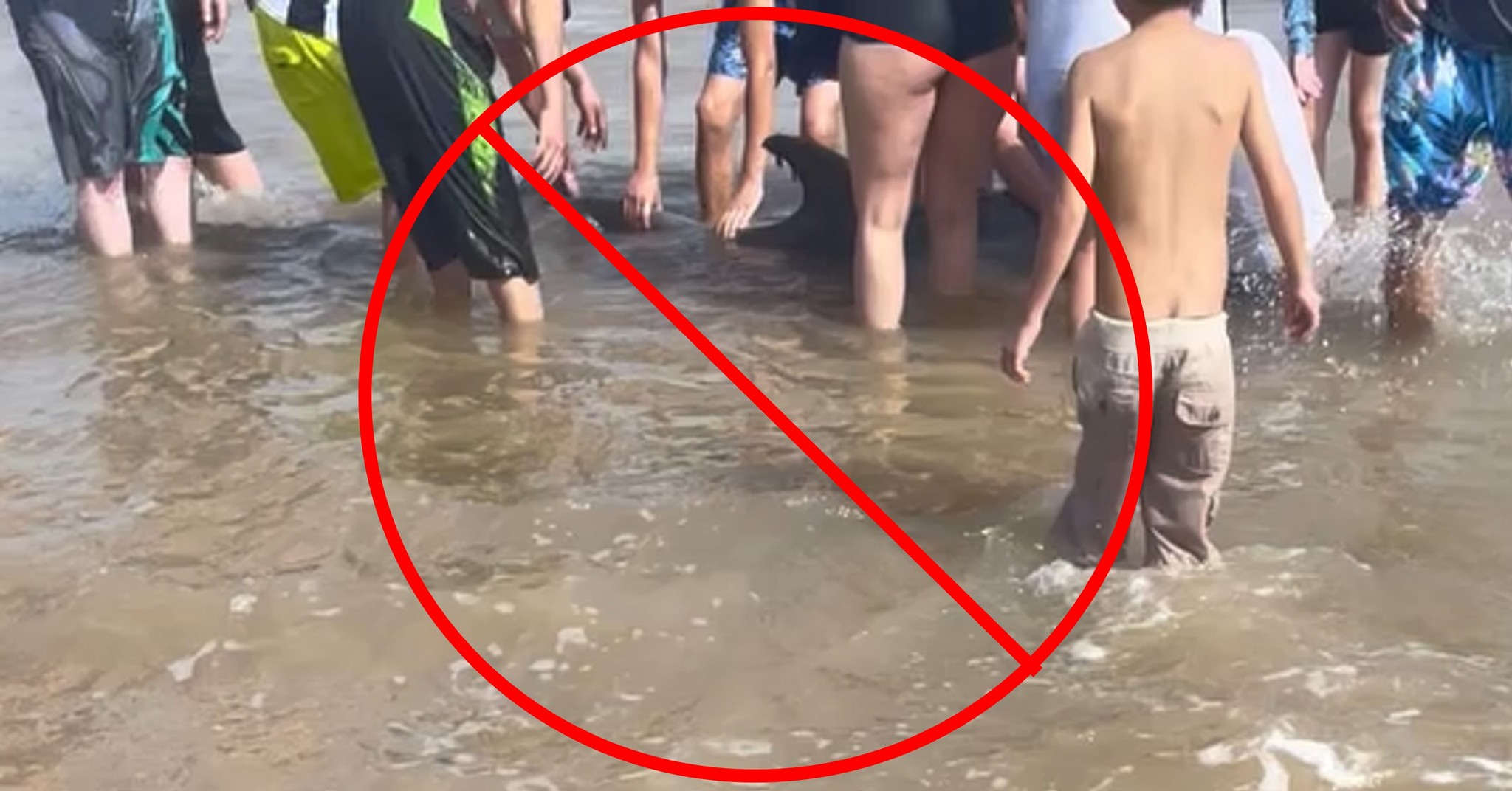 A dolphin stranded on a Texas beach died after a crowd of people “harassed” the animal and tried to ride it, rescue officials said.

The female dolphin washed up on Quintana Beach Sunday evening and was reportedly pushed back to sea while beachgoers tried to “swim with and ride the sick animal,” the Texas Marine Mammal Stranding Network said in a Facebook post.

“She ultimately stranded and was further harassed by a crowd of people on the beach where she later died before rescuers could arrive on scene,” the organization said.

Harassing stranded sea animals causes stress and can also be dangerous for the people who interact with them, but it is also illegal, rescue officials said in the post.

Violating the Marine Mammal Protection Act could lead to civil penalties of up to $11,000 and up to a year in prison.

As per the social media post, the female dolphin was found stranded on the Texas beach but was still alive. However, the beachgoers pushed the dolphin out to sea and tried to swim with and ride her. The nonprofit group said that this kind of harassment could have caused undue stress to the wild dolphin, which is also dangerous for the people who interact with them and is illegal, punishable by fines and jail time if convicted.

The group implored beachgoers not to push live dolphins or whales back out to sea and immediately call its hotline to find out how to save the animal and keep it stable. “If a live dolphin or whale strands in Texas, please DO NOT PUSH the animal back to sea, do not attempt to swim or interact with them, do not crowd them,” the post read.

It is to mention that according to National Oceanic and Atmospheric Administration’s (NOAA) guidelines on marine life in distress, people who harass dolphins could be fined $11,000 and face a prison term of up to a year. The NOAA’s guidelines said that it is illegal to feed or harass wild marine animals. It also stated that for the health and well-being of these animals and for your own safety, only observe them from a distance of at least 150 feet.