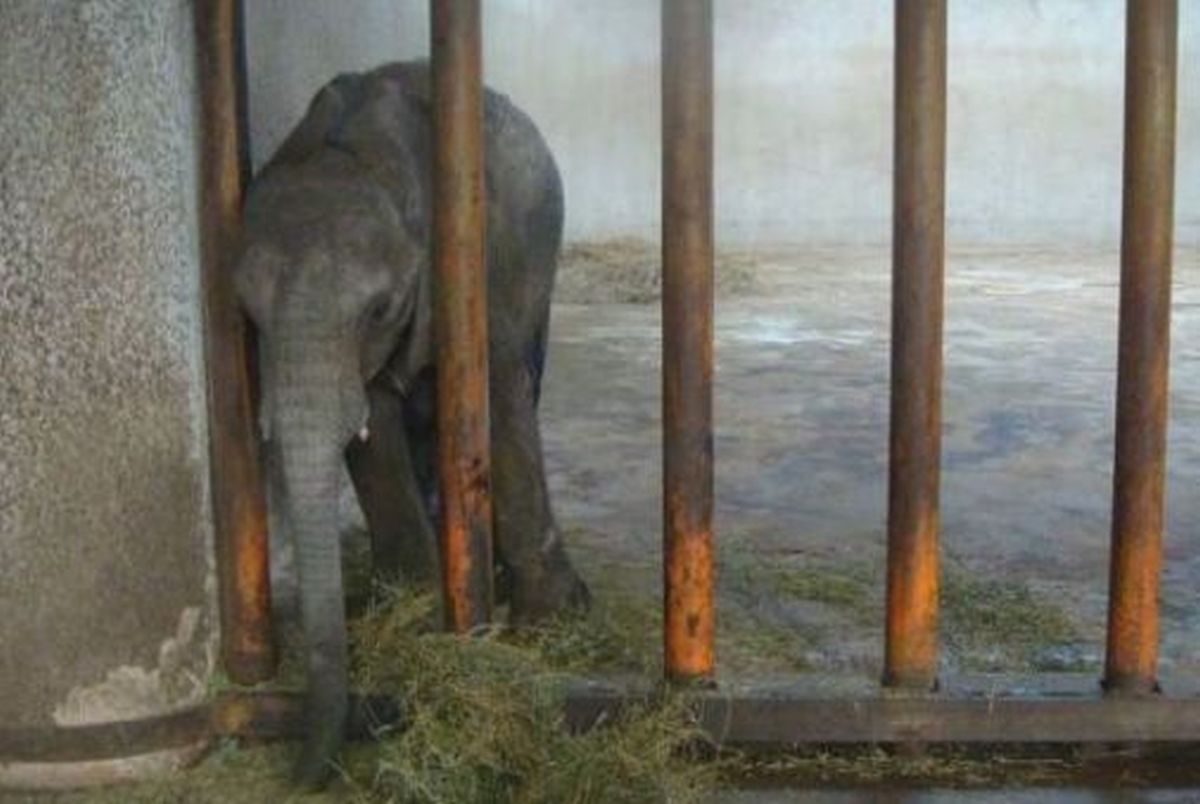 Animal activists in Zimbabwe have released a footage that shows 35 young elephants, some as young as two years old, terrifyingly separated from their protective mothers by helicopters and kept in small enclosures waiting to be sold to zoos in China.

According to Human Society International, the calves appear wide eyed, defensive, disoriented, exhausted and subdued. The Times reports the elephants are being held in pens in Hwange National Park while travel crates are prepared and documents finalised for the 7,000-mile journey. The elephants, frantically pacing around pens, show signs of distress including dark streaks down the side of their faces as they leak hormones from their temporal glands, and adopting splayed-ear defensive postures.

According to Sharon Hoole, an animal rights activist with the U.K.-based group Bring Back Our Rhinos, the Wildlife Act stipulates that certain criteria must be followed before wildlife can be sold, and the Zimbabwe government hasn’t adhered to that.

“There’s supposed to be public stakeholder consultation, parliamentary consultation. … Even during the capture, they have to meet a criteria where representatives of citizens, stakeholders, and animal welfare services have to be involved. This capture and export of the baby elephants is illegal because these criteria haven’t been met, but they don’t care about that because they know no one will do anything. So, we have to do something.”

Under Robert Mugabe’s leadership, Zimbabwe regularly exported animals in order to settle debts. When Emmerson Mnangagwa seized power in 2017, it was hoped the practice might stop, but the cash-starved government’s decision to extract value out of wildlife, to ease overpopulation, and raise funds for conservation, has conservation and animal welfare activists – who claim such sales are unethical – up in arms.

“The capture of baby elephants from the wild is barbaric, and captivity will be a life sentence of suffering. Video footage shows that these young animals are already displaying stress behaviour after being ripped away from their mothers and bonded family group, and are terrified.

“Calves normally remain closely bonded to their natal family groups; females never leave their families whilst males only leave the herd at 12-15 years of age.  With no adult females to look to for reassurance, guidance and learning, one can only imagine the youngsters’ distress. Almost all of the baby elephants that have been shipped to China in 2012 have already died a horrible death.

“Zimbabwe continues to exploit its wildlife to the highest bidder with no meaningful oversight. Recognising elephants as sentient beings, South Africa has banned the capture of elephants from the wild for captivity.  Zimbabwe must urgently follow suit to redeem itself.”

African elephants are currently listed as a threatened species with less than 500,000 remaining in the wild.