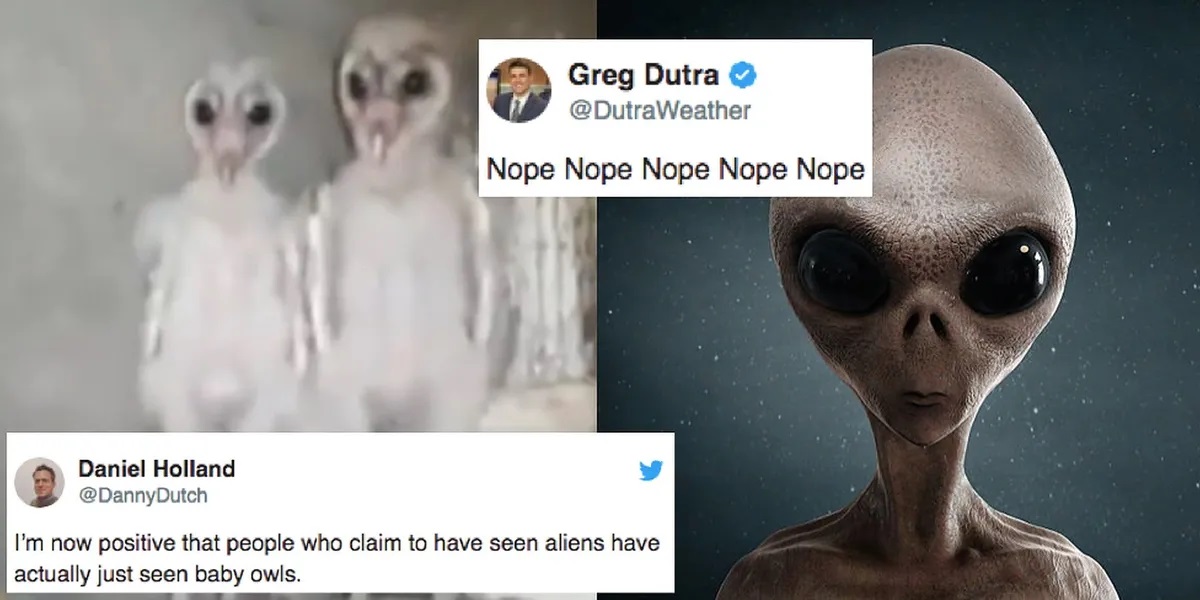 Despite the millions of people who have claimed to have seen aliens, the precise number of persons who have genuinely seen aliens is the same as the number of conspiracy theories concerning vaccinations that have proven to be true: Zero.

In reality, as evidenced by a recent viral video, some of these “sightings” might have been owls. Daniel Holland, a Twitter user, captioned the video, “I’m now certain that folks who claim to have seen aliens have actually seen young owls,” and it’s difficult not to agree.

After a brief tour of a construction site, the film reveals the newborn barn owls, and brace yourselves. It turns out that baby owls aren’t as cute as you might think.

Even after learning they are owls, many people continue to believe they are aliens.

Actually I believe those are baby aliens in owl suits

Yes, I’m afraid to tell you, but young barn owls aren’t the lovely fluffballs you imagine, but rather “totally awful NOPE NOPE NOPE nightmare birbs.” What did you expect from a species that has the ability to turn its head 360 degrees and appears naked?

According to Nehru zoological park administrators at the time, the birds are most likely barn owls because of their heart-shaped faces and downward-pointing beaks.

Shivani Dongre, a curator at Nehru Zoo, told the Deccan Chronicle in 2017 about the other alien-like behavior (the frozen backs-to-the-wall stance): “When birds attract attention, they tend to be attentive in behavior, which is perhaps why the birds seem scared.” “Because it was a construction site, the birds were on a level area. We might have seen.

Yip, I just came across this a few months ago
They have legs 🦵🦵
😂🥴😂🥴 pic.twitter.com/Ix08DfRni2

If this is how people react when they see baby owls for the first time, it doesn’t exactly fill us with confidence for when aliens finally make contact with humans.