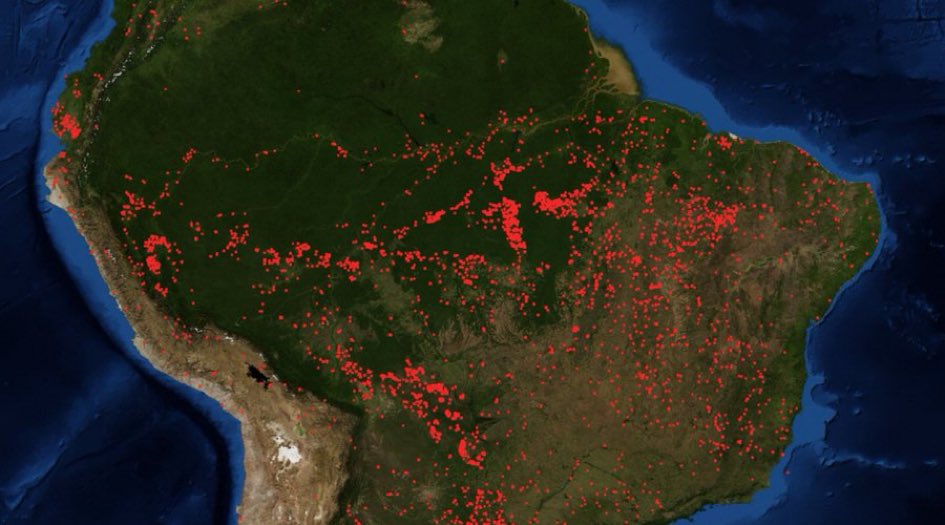 Brazil, Bolivia and Paraguay: Three countries are currently burning a vast area of ​​the Amazon. The smoke is so strong that you can even see it from outer space. Another catastrophe that has received too little attention so far.

Hundreds of square kilometers of rainforest in the Amazon Basin are burning right now – in Brazil, these are the worst forest fires in years. Already on August 9, the country has declared a state of emergency. Large parts of forest in Paraguay and Bolivia are burning, too.

In the meantime, the effects of the fire are not only evident in the affected areas: in Sao Paulo, the sky darkened on Monday afternoon – in the middle of the day it looked like it was night. Sao Paolo is some 2,000 kilometers from the fires, with strong winds blowing smoke into the city. Here is a video of the darkened city on Twitter:

News Alert : Brazil – São Paulo descended into darkness yesterday during the afternoon after strong winds brought in smoke from forest fires burning in the states of Amazonas and Rondonia. #prayforamazonia #Brazil pic.twitter.com/7lzQqoM5Sf

Videos and images posted by local residents depicted disturbing scenes of pedestrians walking under black skies and cars driving in the mid-afternoon with their headlights on as the continued fires throughout the Amazon rainforest drove the hashtags #PrayforAmazonia and #PrayforAmazonas to worldwide viral status.

#PrayforAmazonas
Smoke from Burning Amazon Turns São Paulo Afternoon into Midnight.
This is getting worse. pic.twitter.com/QWX2vPHzMx

Why is the Amazon rainforest burning?

According to Reuters news agency, 72,843 fires were recorded in Brazil this year alone – a new record. Since last Thursday, 9,507 new fires have been added. Fires during the dry period are normal, but not that number.

The drought favors the fires, but it is not the cause. According to Reuters, many of the fires are caused by loggers, farmers & miners. E.g. farmers want to use them to create grazing land for their cattle. Brazil is the largest beef exporter in the world, in the country there are more cattles than humans – and they need space, lots of space.

This is São Paulo at 3pm!
Smoke from the Amazon fire blocked out the sun.

The planets lung has been burning for 3 weeks and I found out today.

The rainforests in the Amazon are considered the green lung of the earth: they store CO2 and produce oxygen, are home to numerous animal species and influence the weather. The fires are ecologically catastrophic – but so far they have received too little attention.

Although the situation in the countries was reported, but rather on the sidelines. Special reports or talk shows on the topic can’t be found anywhere. Only since the sinister recordings from Sao Paolo, the event got more into focus. The hashtag “PrayforAmazonia” is currently trending on Twitter. The pictures are disturbing:

My heart BREAKS when I think about all those animals and plants that are literally dying right now
We officially betrayed our own planet#PrayforAmazonia pic.twitter.com/4dQQoUCkC9

Horrifying that the Amazon rainforest which produces 20% of the earths oxygen has been burning to the ground for the last 3 weeks!! Where the hell is the media coverage about all of this? Our earth is dying and nobody wants to do anything about it, fucking sad. #PrayforAmazonia pic.twitter.com/95RBssUiLN

Help for Notre Dame but not for the Amazon

Numerous users complain on Twitter about the fact that the world community has shown so much helpfulness and interest in the fire of Notre-Dame, but the fires in the Amazon are simply ignored!

When Notre Dame was burning, the world's media covered every moment of it and billionaires rushed to restore it. Right now the Amazon is burning, the lungs of our planet. It has been burning for 3 weeks now. No media coverage. No billionaires. #PrayforAmazonia pic.twitter.com/MHGaxiWFgn

Greenpeace Germany tweeted: “Instead of prayers we demand following: Exit from the Mercosur agreement. No business with forest destruction. ”

Ok, but what can I do to help?

Disasters like those in the Amazon basin leave us feeling helpless – what can you do, for example, far away in Europe or even in the US, Canada or Australia against forest fires in Brazil or Bolivia? One can at least try not to contribute to the bigger problems that cause such accidents: 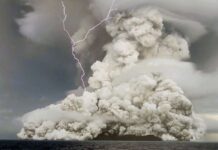