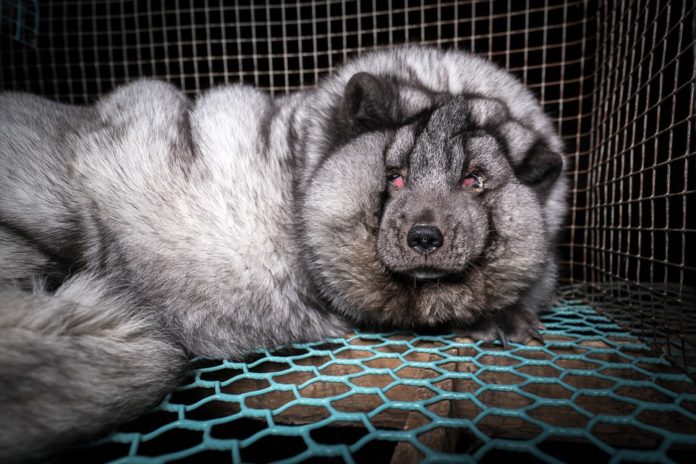 A shocking undercover investigation has revealed ‘monster foxes’ being bred on fur farms in Finland in deplorable conditions.

Footage from five fur farms across Ostrobothnia in western Finland show foxes with huge pelts and rolls of fat folded over their bodies, almost covering their eyes to increase the amount of fur on their bodies. 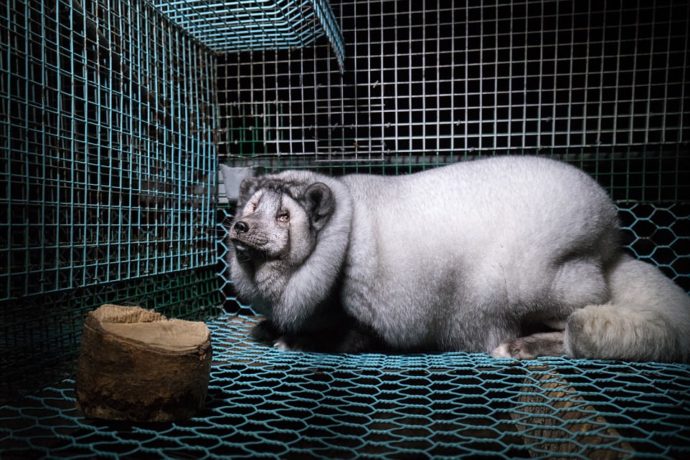 Oikeutta eläimille (Animal Justice) activists say that female foxes, which should be around 3.5 kilograms in wild, can weigh up to five times their normal weight in the cages. But a fox they photographed at the farm weighed more than 19 kilograms. 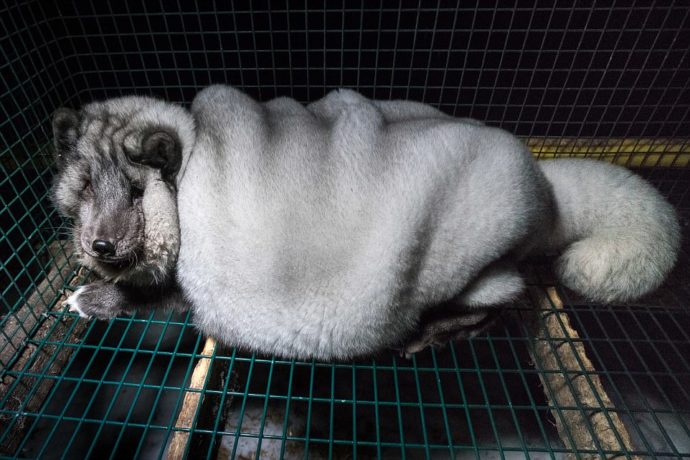 They also found the foxes were kept in cramped conditions with rolls of fat folded over their bodies so bloated they could barely move in their cages. The group’s investigation found the farmers were over-breeding the animals by genetic selection. The foxes were also fed a diet with a very high fat content to grow as big as possible. 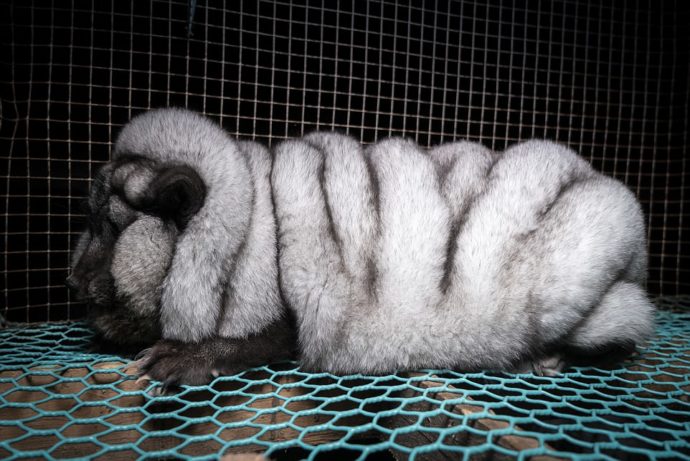 Oikeutta eläimille said it is illegal in Finland to breed animal in a way that causes them to suffer. They claim the furs of the foxes are sold under the Saga Furs brand, and end up in clothing manufactured by many luxury fashion houses including Louise Vuitton, Gucci and Michael Kors.

Fur is used to make coat, hats, gilets and trims for jacket hoods. In June, auction at Saga Furs, the biggest size group (’60’) sold for an average price of 86 euros, and size 40 sold for 56 euros. 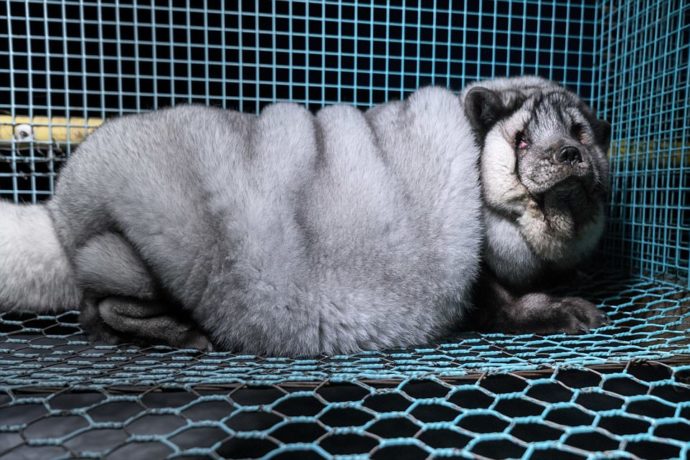 “The conditions these animals are in is the result of greed for profits. Bigger skin means more money for the fur farmer. The animals pay the price with suffering,” Kristo Muurimaa from Oikeutta eläimille added.

The activist group demanded that the Finnish government takes strong measures against the unscrupulous farmers subjecting the animals to such torture for profits. 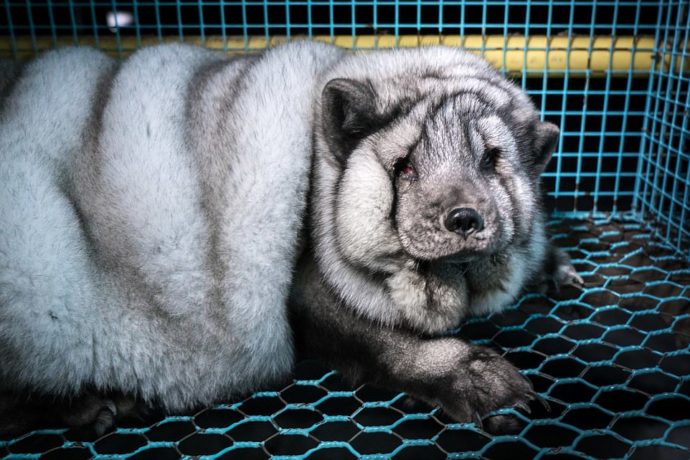 The UK banned fur farming in 2000 due to gross abuse of animals by farmers. But the country is still importing huge amounts of fur from other countries. Finland is the biggest producer of fox fur in Europe. Campaigners say over 1.8 million foxes were killed for their fur in 2014 in Finland.