A revolution in our understanding of what life actually populates the planet, deep beneath the surface where we had no idea life could even thrive, is apparently underway.

An incredibly vast “dark biosphere” of subterranean lifeforms scientists are hardly beginning to comprehend and observe exists deep within the Earth, as a recent study explored.

Where they say life theoretically shouldn’t even exist, the oldest and deepest organisms on the planet thrive, apparently just still surviving buried deep within the lost layers of our planet. In this recently released research, scientists have taken some measurements of the microbial world’s “dark matter” in a way that has reportedly never before been seen. 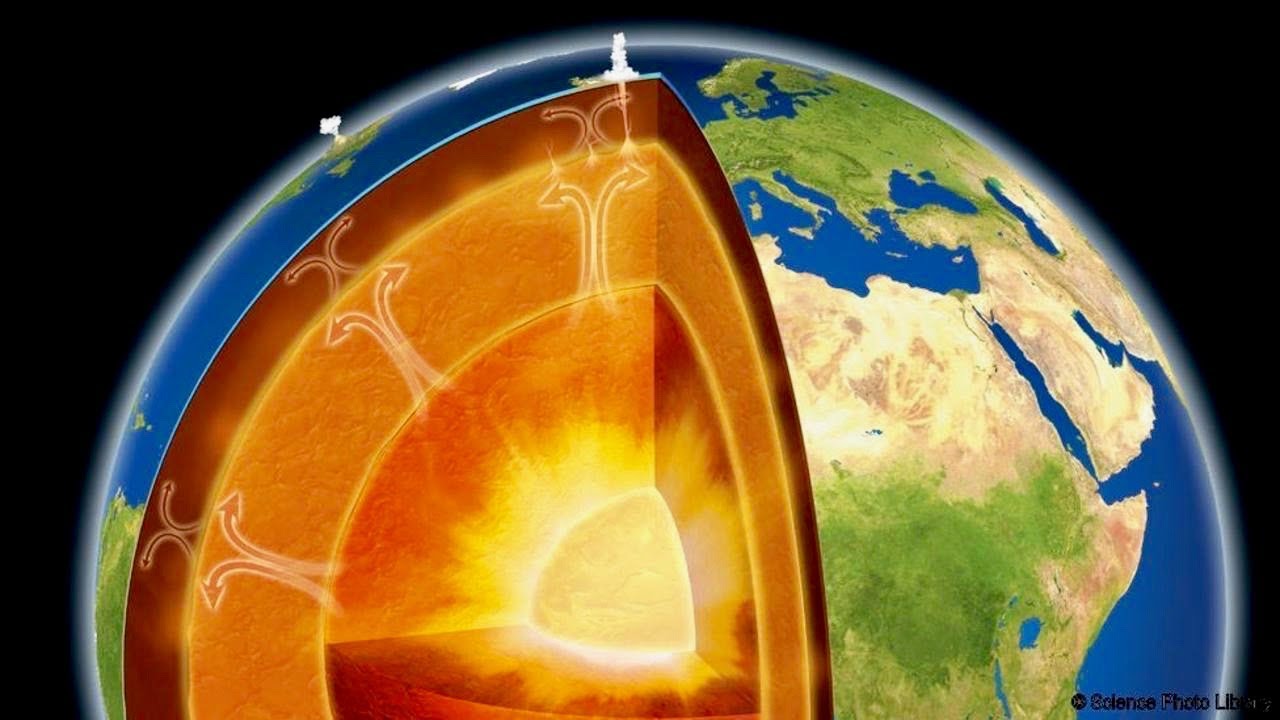 Microbiologist from the University of Tennessee at Knoxville, Karen Lloyd explained that a decade ago, they had only sampled a few sites, ones that they would expect to find life in.

However now thanks to a technique they call ultra-deep sampling, scientists now know that bacteria can be found basically everywhere, as deep as one can go, “albeit the sampling has obviously reached only an infinitesimally tiny part of the deep biosphere,”Lloyd said.

For example, this bacteria is called Candidatus Desulforudis audaxviator, and that’s purple bacteria described as “straddling orange carbon spheres,” fond beneath the Mponeng gold mine in South Africa.

This research was the work of a huge number of people, 1,000 scientists, and it was a 10 year long collaboration. A preview of the results from it was provided to us recently, as Lloyd and peers with the Deep Carbon Observatory (DCO) estimated the deep biosphere to occupy a volume of between 0.48 and 0.55 billion cubic miles, or 2 to 2.3 billion cubic kilometers.

The deep biosphere then is defined as the zone of life deep underneath Earth’s surface. The estimated volume of the deep biosphere is incredibly massive, almost twice the volume of all the oceans in the world, and deep within the oceans is yet another enormous natural environment that is mostly unexplored by people.

Now here’s where it gets insane: the mass of all lifeforms, microbes, all those creatures deep in the surface of the Earth in the deep biosphere, is estimated to be between 245 and 385 times greater than the equivalent mass of all human beings on Earth. In other words, right beneath our feet for miles beneath us, there is a larger mass of bacteria than the mass of all people on the planet.

This is a population totaling around 15 to 23 billion tons of carbon mass, microbes all over the planet deep within the cold, dark Earth.

The 10 year, massive study represents numerous studies conducted at hundreds of locations around the world. The findings are based on analyses of microbes that researchers managed to extract from sediment samples sourced 1.6 miles, or 2.5 kilometers beneath the floor of the ocean. The also drilled 3.1 miles, or 5 kilometers beneath surface mines and boreholes.

The deep biosphere bacteria are estimated to compose 70 percent of all bacteria and archaea on Earth. Two distinct forms of microbes, archaea and bacteria, dominate this region of the planet.

“Exploring the deep subsurface is akin to exploring the Amazon rainforest,” said a microbiologist from the Marine Biological Laboratory in Woods Hole, Massachusetts, Mitch Sogin.

“There is life everywhere, and everywhere there’s an awe-inspiring abundance of unexpected and unusual organisms.”

Yet another extremely interesting detail was provided by Lloyd, the aforementioned scientist. She explained that the lifeforms weren’t just unusual because of their habitat, but they have extremely long lifespans, with incredibly slow and long life cycles lasting for “near-geologic timescales.”

With no sunlight, they “subsist” on “meager amounts of chemical energy” harvested from the rocks around them. Lloyd explained that some of the organisms can live for millennia, living for thousands of years, metabolically active but in stasis, using less energy than scientists believed could even support life.