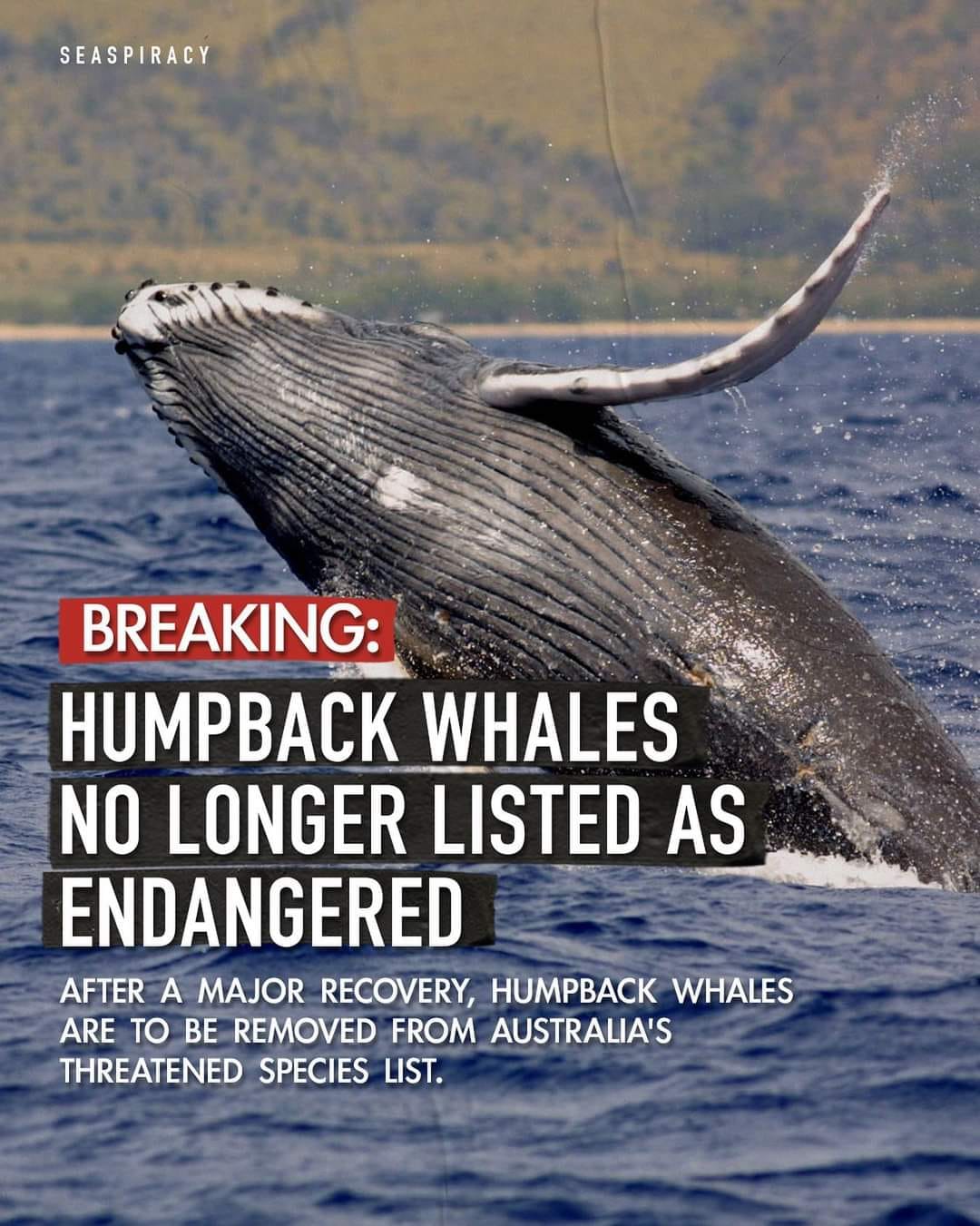 Humpback whales have been removed from the threatened species list after a significant increase in numbers in the 60 years since they were first protected, but green groups warn populations could decline again as oceans warm.

Global heating is predicted to have a significant impact on krill populations in Antarctica, a major feeding ground for humpback whales.

The Australian environment minister, Sussan Ley, said removing the humpback whale from the threatened species list was “a recognition of the success of the outstanding conservation efforts that are in place”.

International protections against whaling and domestic protections to preserve the species remain in place, Ley said.

The number of humpback whales in Australian waters has grown from just 1,500 at the height of the commercial whaling industry to an estimated 40,000, Ley said.

“Australia is a world leader in whale conservation, and we will continue to work through the International Whaling Commission to promote whale conservation and maintain the global moratorium on commercial whaling,” she said.

“Our removal of the humpback from the threatened species list is based on science and sends a clear signal about what can be achieved through coordinated action. It is a message of hope for the welfare of a number of species.”

Commercial whaling in the southern ocean in the 19th and early 20th century pushed many whale species, particularly the humpback and southern right, to the brink of extinction. More than 30,000 humpback whales were killed by whalers operating in Australia and New Zealand before local whaling operations ceased taking the species in 1963. They received international protection in 1965 in recognition of a dramatic decline in global numbers.

The last commercial whaling station in Australia, the Cheynes Beach Whaling Company in Western Australia, closed in 1978 and Australia adopted an anti-whaling policy in 1979.

Alexia Wellbelove, a senior campaign manager for Humane Society International, said while whale numbers had shown a “remarkable recovery” in the 60 years they received worldwide protection, the decision to delist the marine mammals “may prove to be short-sighted in the face of looming climate impacts”.

“We are so appreciative of the concerted efforts undertaken to recover humpback whale populations, we would hate to see those efforts wasted by jumping the gun and removing the whale’s threatened status,” Wellbelove said.

A 2019 study on the impact of historic whaling and future climate change on baleen whales – which includes humpbacks – in the southern ocean said that whole of ecosystem modelling, which linked krill levels to ocean temperature and declining sea ice, predicted “concerning” population declines and even some local extinctions by 2100.

Another study in 2020 warned that rapid environmental change caused by the climate crisis appeared to be affecting breeding rates, with a significant decline in the number of humpback whale calves born in a major summer feeding ground for the whales in the northern hemisphere.

Whales are also impacted by rising levels of plastics and other pollution in the ocean. They get entangled in fishing gear, swallow plastic, and are affected by ship strikes and noise disturbance.

Wellbelove said she hoped to see “ongoing monitoring of humpback whale populations and swift restoration of their threatened status should the data indicate it is required”.

Ley said the Australian government was investing in a long-term monitoring program.