After a Shitstorm the terrible baboon murderer Blake Fischer from the USA had to resign from his offices! The “white barbarian”, as African media called the American Tess Thompson Talley after shooting a rare black giraffe, also experienced a violent shitstorm. Now the US-American Larysa Switlyk has been caught.

She is threatened with criminal consequences. Larysa Switlyk shows you how cruel trophy hunters can be. In one photo, the 33-year-old poses next to a dead sheep and holds a bloodied sex toy in her hand. 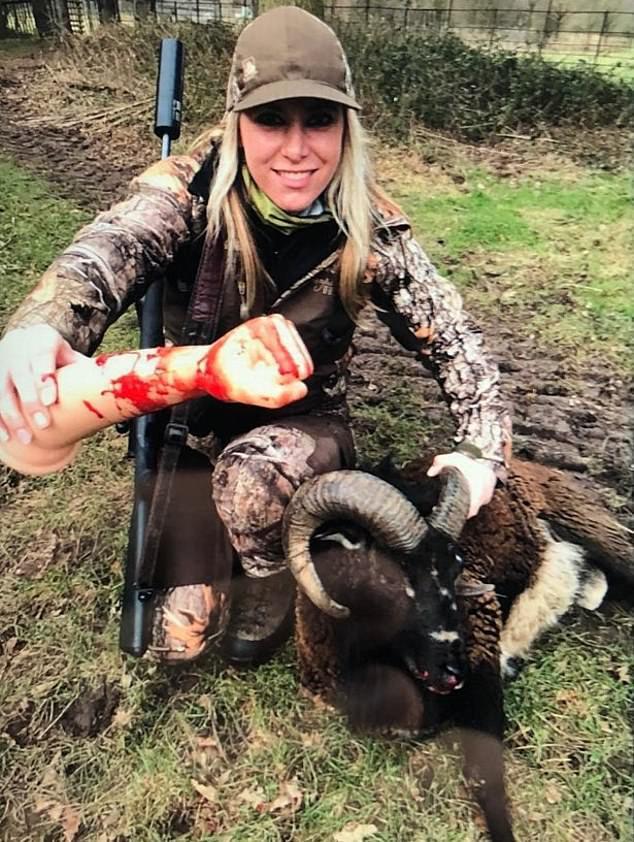 The picture was taken in November in Norfolk, a county in Great Britain, during a hunting trip for women only. They are hideous photos published by Larysa Switlyk! Now the “sextoy huntress” is being investigated, because in Scotland she also boasted about the slaughter of wild animals. 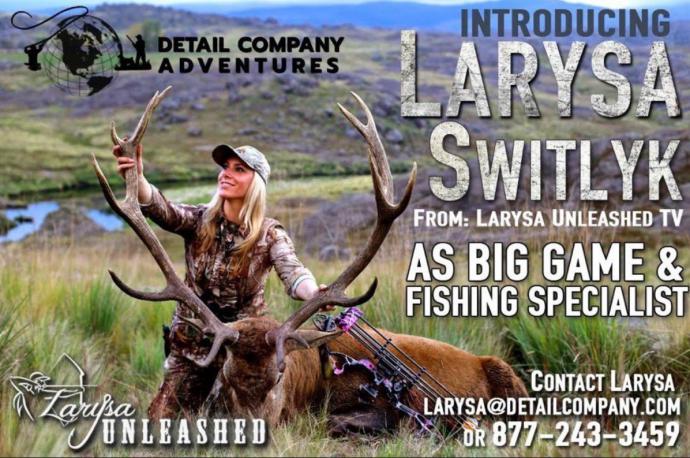 You can see from Larysa Switlyk that the Americans also like to hunt in Europe. In addition to the 370,000 native hunters, Germany is increasingly becoming a popular hunting destination for hunters from all over the world. For a red deer hunt in Scotland the hunters pay about 3000 Euro for 5 days, which can also be found on diana-jagdreisen.de. “If you have special wishes, we can adapt a hunting trip according to your wishes”, so the website. More and more people are obtaining a hunting licence in Germany. “Hunting is a pleasure. Hunters discover, experience, feel, feel, smell, kill game in order to have hunted, taste and enjoy, ” hunting trips worldwide with K&K Premium Hunting – unlimited possibilities – so on one website.

Larysa Switlyk comes from Sarasota, Florida. She even has her own show on Canadian television and also proudly presents her trophies on Instagram and Facebook.

Yes , I know I have a nice rack ! Jason might have packed my caribou off the mountain for me since due to running out of daylight we had to book it as fast as we could off the mountain. He knows the heavier the pack I carry the slower I walk ( my pack is always full of snacks and water , lol ) but I can take credit for carrying it to the boat from camp ! Glad we made it off the mountain safely and our hunting venture together was a success! Now need to get back to town quickly before we get stranded by the weather coming in !

In October 2018 she hunted on a Scottish island and posted: “Beautiful wild goat here on the island of Islay in Scotland. It was such fun! They live on the edge of the cliffs and are masters at hiding.”

Larysa Switlyk is a professional hunter and has her own show “Larysa Unleashed”.

But now she’s in trouble, in Scotland.

After the photos from Scotland were published in October 2018 and tens of thousands of people complained on the social networks, Scotland’s First Minister, Nicola Sturgeon, came forward and announced that the government would review the situation and consider changing the law accordingly. It is understandable that pictures of dead animals shown as trophies cause trouble.

Now the time has come, only two months later Larysa Switlyk, who is repeatedly criticised for her photos next to dead animals, is threatening criminal consequences for gun crimes in Scotland.

After posting a picture on Twitter of the hunt in Scotland, more than 20,000 people, mainly in the UK, convicted Larysa Switlyk.