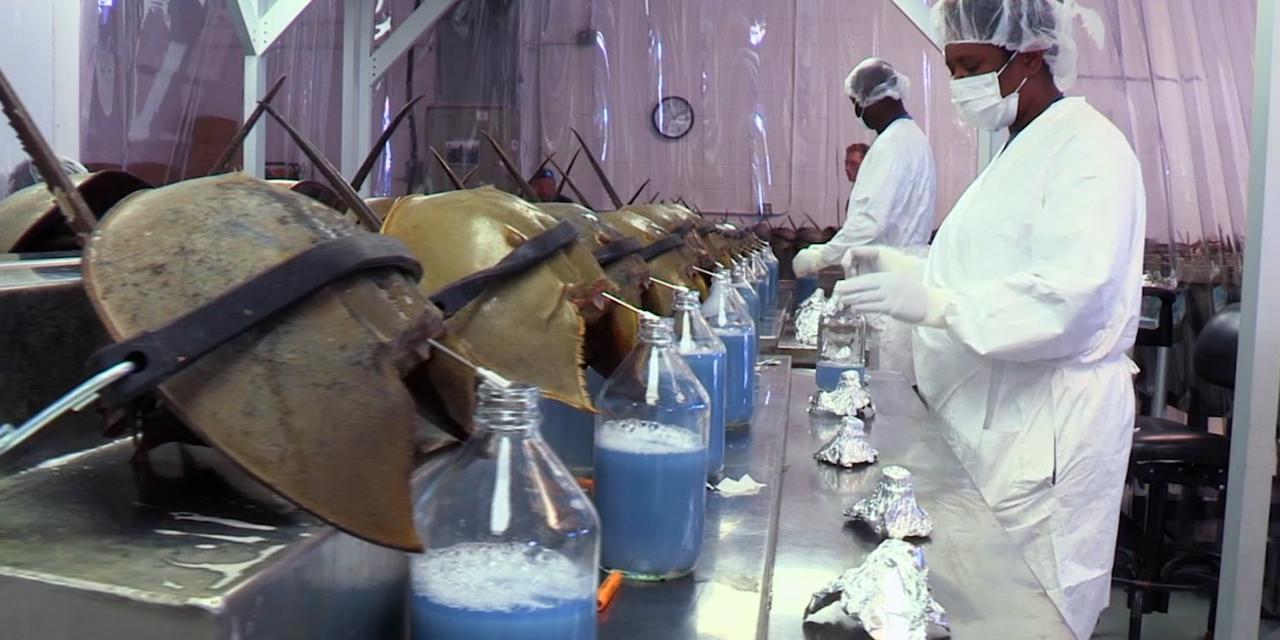 The horseshoe crab is effectively a living fossil—it’s been on Earth for 450 million years. But in just a few decades, humans have presented what is arguably the biggest threat yet to their continued existence.

The 450 million year crab was discovered in the 1960s to have unique blood that would revolutionize medicine. Unlike the blood of vertebrates, horseshoe crabs don’t use hemoglobin to carry oxygen throughout their body. Instead, they use hemocyanin, a protein that transports the oxygen, turns the blood blue, and has specialized immune cells that are extremely valuable.

Invertebrates like the horseshoe crab carry amebocytes instead of white blood cells in vertebrates. Amebocyte is the cell that has the medical community demanding more. When the cell comes into contact with a pathogen, it releases a chemical that causes the blood to clot, which is the mechanism for isolating dangerous pathogens.

The blue blood extracted from the horseshoe crab is called Limulus Amebocyte Lysate (LAL) and is worth its weight in gold. The blood can demand as high as $60,000 per gallon.

Once the blood is extracted, the horseshoe crabs are released back into the ocean. Estimates show that 15% to 20% die as a result of the process.

Bloomberg says horseshoe crab populations have collapsed by 80% in the last four decades.

A professor at the National University of Singapore invented a synthetic solution two decades ago that would substitute horseshoe crab blood. But it seems the pharmaceutical industry prefers to keep bleeding horseshoe crabs until they become instinct.